As Independence Mall Plans Evolve, Old Sears Set To Be Demolished This Year 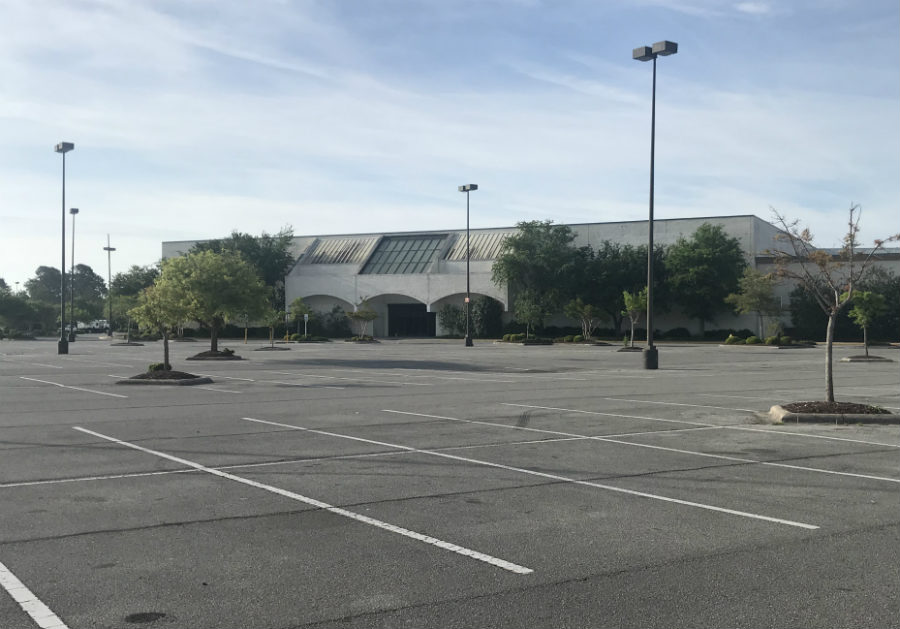 The former Sears building at Independence Mall, which is expected to be rebranded The Collection at Independence, is set to be demolished this year. (Photo by Cece Nunn)
The owners of Independence Mall said Wednesday that the mall's transformation is still in the works, with some changes being made recently to the redevelopment plan and the demolition of the old Sears portion expected to take place this year.

"We remain committed to this project and are looking forward to construction beginning in the near future," said officials with Brookfield Properties, the owner of Independence Mall, in an email. "As with most projects, plans continue to evolve and we are excited to bring something new and fresh to our community. We appreciate the support and patience from our community. It will be worth the wait."

Brookfield resubmitted its plans for what it has dubbed The Collection at Independence to the city of Wilmington in April, officials said, for the first phase of a redevelopment project that was announced in March last year.

The plans also show that the largest retailer is expected to take up 52,300 square feet along the new outdoor corridor on the former Sears side of the mall. The Sears store at the mall in Wilmington closed last summer.

"Regarding Sears, we expect demolition to begin before the end of 2019," officials said in Wednesday's email.

City officials continue to review the mall's redevelopment plans, said Brian Chambers, senior planner for the city of Wilmington. Brookfield can seek a demolition permit from New Hanover County (which is ultimately signed off on by the city for projects within city limits) while the plan review takes place, he said, but the review process must be complete before building permits can be issued.

Keeping it real with board games

For downtown Wilmington, a grocery store prospect in the wings