A longtime Wilmington business has a new owner.

The Turlingtons still own the property, which Davis is leasing and which includes an 18,000-square-foot store that sells lawn and garden supplies, plant and grass seeds, soils, pet and animal food and care items and seasoned firewood.

Davis, son of Rep. Ted Davis Jr., R-New Hanover, has worked in executive search and talent acquisition for 12 years, but found he wanted to do something more personal.

“My search clients and candidates were all based outside of Southeastern North Carolina," Teddy Davis (pictured below) said. "It just made sense to me that I would be happier in a local business, where I could serve the people right here where I've lived all my life. Once I started really exploring Farmers, I just fell in love with it."

The Turlingtons had owned the business since 1992 but it dates back to 1950, when it was founded by John and Clara Godwin and originally located in downtown Wilmington near the corner of Second and Dock streets. Laurence Sprunt bought the business in 1975 and moved it to Oleander Drive, across the street from its present location, where it has been since 1997, according to a news release.

“I grew up two blocks from Farmers Supply and I live five minutes away from it,” Teddy Davis said.

He started working with Les Turlington at the store right after Thanksgiving, closing on the purchase of the Farmers Supply business assets last week. 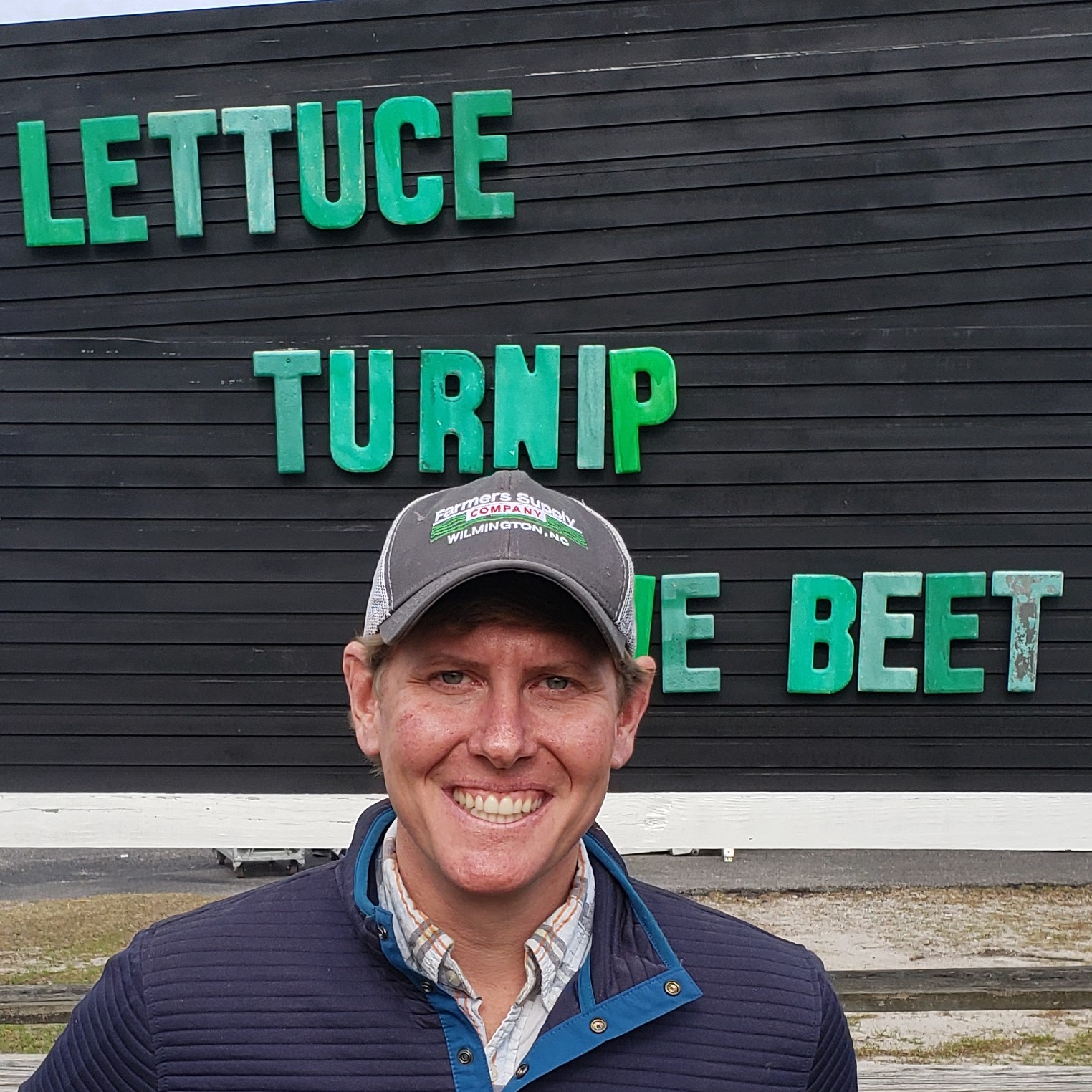 As of last week, one of the most popular offerings at the store was high-yield dimension pre-emergent, a weed suppressor that gardeners put out in late winter or early spring.

“We are building up the garden center right now,” Teddy Davis said Thursday. “We’ve got a bunch of fruit plants and trees arriving daily. Spring is a really exciting time here both for us and our customers.”

Farmers Supply will sell baby chicks every Friday throughout the spring starting March 15, he said. The store will soon also offer grilling supplies, such as premium lump charcoal, smoking wood and boutique dry-rubs.

Teddy Davis, who lives in Wilmington with his wife, Alyson, and their two sons, said one of the main reasons Farmers Supply has lasted nearly 70 years is its staff.

Additionally, “The products that we carry are products you want to buy in person [versus online]. So much of what we carry is local and supporting a good local business.”

He said the Turlingtons have done a wonderful job guiding Farmers Supply for the past 27 years, and Les Turlington will remain on staff through the summer, then serve as a consultant.

Continuing to describe the staff, Teddy Davis said one of the things that impressed him when he first started working with Les was that former employees come by the shop to hang out.

“It means there’s a good culture there, and the culture that we have is really what feels like home,” he said.

“I have really enjoyed the relationships I’ve built with customers and staff during my time at Farmers Supply,” Les Turlington said in the release. “I have all the confidence that Teddy will keep our community vision alive while bringing the new energy needed to ensure Farmers Supply remains a local asset for the next 30 years.”