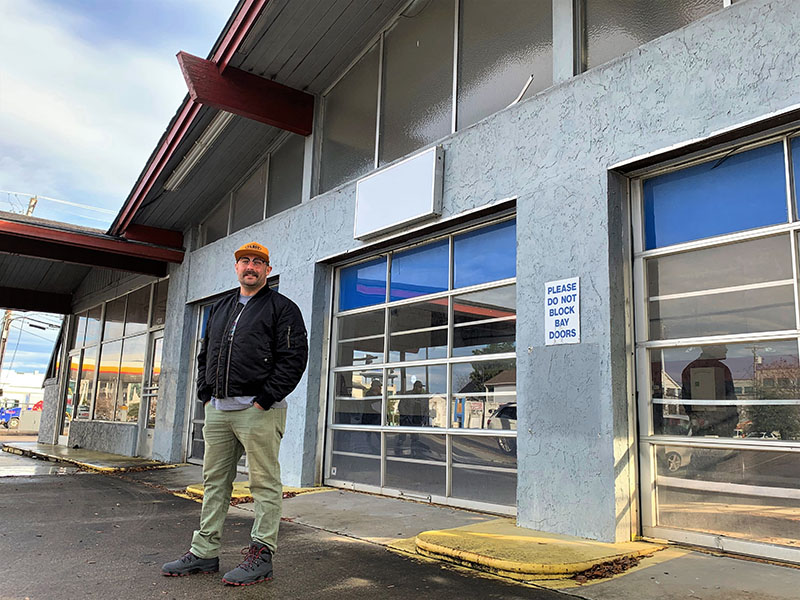 Joe Apkarian, owner of Pour House and co-owner of Taco Baby, is opening The Eagle’s Dare on North Third Street. (Photo courtesy of The Eagle's Dare)
Another new business has landed in downtown’s Northside, helping bridge the gap with the city’s traditional commercial district.

Joe Apkarian, the owner of downtown’s Pour House and co-owner of Taco Baby, is opening The Eagle’s Dare, a cocktail bar and beer garden, at 420 N. Third St.

According to a news release from Wilmington Downtown iNC, the long-vacant building will feature two indoor bar areas that will open up to a Third Street-facing outdoor space. The establishment will also include a gated play area for children and dogs to roam around away from the busy street, the release stated.

A rotating schedule of food trucks and live music also are in the plans. The 4,000-square-foot venue also will be available for private events, such as weddings.

“The Eagle’s Dare will add to downtown Wilmington’s modern-industrial aesthetic while still harkening to its historical roots,” the news release stated.

The business is collaborating with architect Rob Romero, who is known for many downtown projects – the Cargo District and End of Days Distillery among them – and several buildings in the Brooklyn Arts District, including The Hive, NoFo9, and the Brooklyn Arts Center Annex and Cat’s Cottage.

Apkarian signed a lease on the property in mid-December. He was represented in the deal by John Horton of Century 21 Sweyer & Associates. Eastern Carolina Commercial Real Estate represented the property owner, Two Farms INC.

The project is expected to bring 20-30 full- and part-time jobs in various positions, including bartenders, barbacks, security and managerial staff, according to the news release.

The Eagle’s Dare is veteran-owned – two of the co-owners are retired Marine Raiders. The Marine Raiders Foundation will own 1% of the establishment.