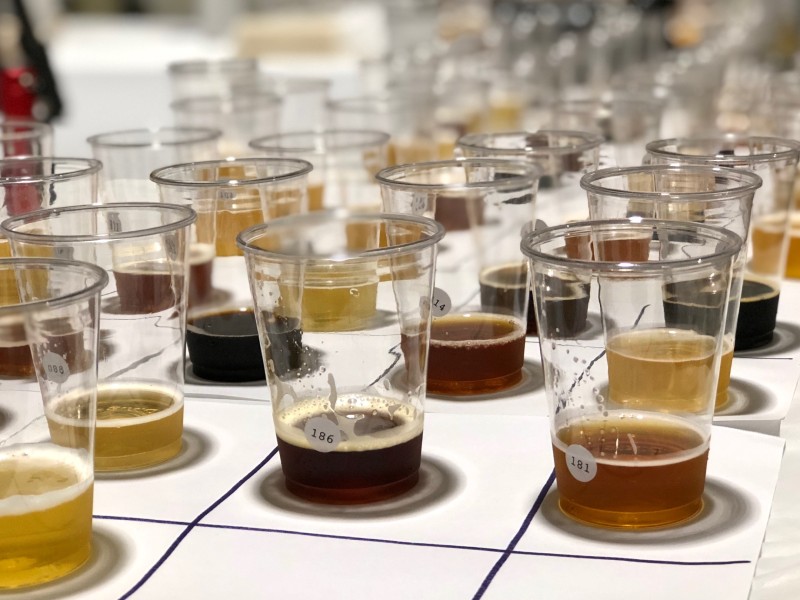 This year’s event was the guild’s largest to date, as well as the largest single state commercial competition in the Southeast. By comparison, the first NC Brewers Cup competition, held in 2011, judged a total of only 135 entries.

Independent craft breweries of North Carolina were eligible to submit up to 10 entries into the competition. Certified beer judges sanctioned by the Beer Judge Certification Program (BJCP) traveled from across the Southeast to select the finest examples of each beer style, per BJCP style guidelines.

Because of COVID-19, the competition logistics were modified to protect the health of organizers and judges and to ensure compliance with state guidelines. The judging portion of the competition was split between two locations: Gizmo Brew Works in Raleigh and White Labs in Asheville.

The split limited the number of judges and organizers at each site and allowed for effective social distancing. Additionally, all participants were required to wear masks and participate in symptom screening.

Medals were awarded in 31 style-based categories, with the 2021 Best of Show trophy awarded to Gypsy Road Brewing for their “Gypsy Juice” New England-style IPA.

Gypsy Juice first won gold in the New England/Hazy IPA style category, the largest style category of the competition with 72 entries. It then faced off against 30 style category gold medal beers to secure the top award. This juicy New England-style IPA is dry-hopped with Sabro, Galaxy and Citra hops, imparting loads of citrus flavors, along with notes of tropical and stone fruits, as well as a touch of coconut and cedar.

All NC Brewers Cup medal winners will be celebrated at the annual NC Industry Awards Banquet, held at the NC Craft Brewers Conference in Winston-Salem on Wednesday, Nov. 3.

Tickets on sale for Taste of Wrightsville Beach