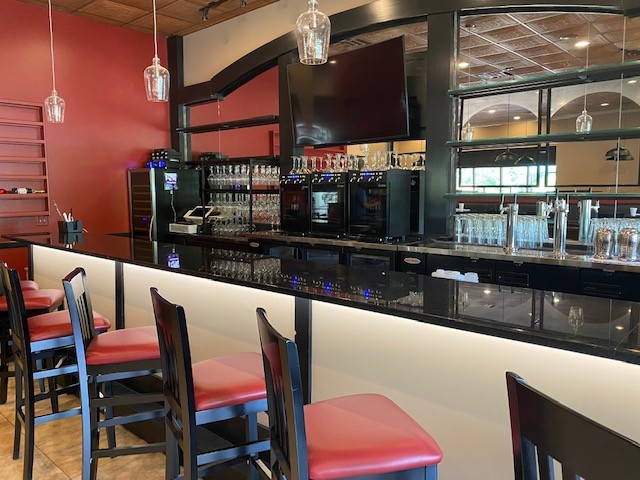 Snyder, who serves as managing director at Grand Cru, will hold the same position at the new restaurant. Snyder came to Grand Cru from Siena Trattoria, which was located in the same building that Cut & Pour now occupies at 3315 Masonboro Loop Road.

West said he and Snyder always kept that location in the back of their minds as a space to pursue should it become available, citing the building’s layout and courtyard patio as a great fit for a neighborhood restaurant.

Cut & Pour will focus on a wide variety of cuts of beef – choice, prime and Angus, as well as various cuts of pork, chicken and fish. There will also be a significant wine program, though West said Cut & Pour will not offer as many boutique wines as Grand Cru.

“We call it fine casual dining,” West said. “The product is high end, but the environment is more casual.”

According to Eater Chicago, while Chicago is known for its deep-dish pizza, the cracker-thin crusted tavern-style has been around much longer. The dough is rolled, not tossed, and cooked much longer to ensure a true crunch.

“It’s something you won’t find anywhere else in the area,” West said.

As for the wine program, guests will find around 30 wines by the glass and 200 by the bottle, with price points for every budget.

The 100-seat dining room features a color palate of tan, red and black to match the colors of the classic Moët & Chandon Champagne bottle and will be decorated with “director’s cut” photos and posters from movies filmed in Wilmington.

“We really want to celebrate the value of the film industry here in Wilmington,” West said.

Cut & Pour’s patio will seat 60 guests and live music will be scheduled each Friday and Saturday evening beginning at 8 p.m.

Following private soft opening events, Cut & Pour is expected open to the public late next week. The bar will open daily at 3 p.m., followed by dinner at 4 p.m. The kitchen will serve until 10 p.m. during the week and 11 p.m. on weekends.

West and Snyder said they hope to open for lunch on Saturdays and Sundays in the coming weeks.