The Evolution Of Soif De Vin 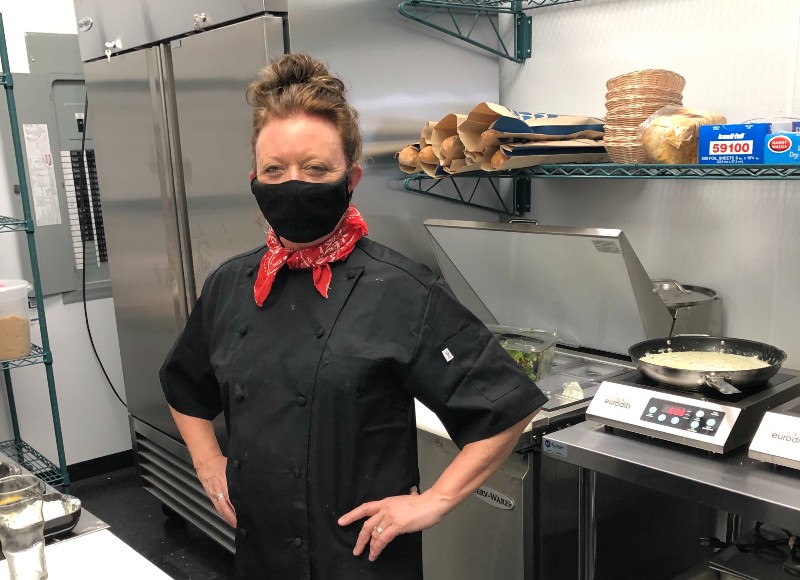 While the couple is deciding on the future of the retail side of the business, they still have the ability to order wine from around the world for their customers.

“We were shocked by how many people came out on Sunday, and we couldn’t be happier with the timing of our opening,” Siler said.

Siler said that despite the fact that she and Underwood began the permitting process to allow for a restaurant nearly a year ago and encountered numerous delays along the way, she thinks the timing is right for success.

“We’re being very careful, requiring masks except for when seated, keeping everything socially distanced, using touchless menus and sanitizing like crazy,” Siler said. “But I think now that people are starting to get their vaccines, there is an increased confidence in dining out.”

Siler said the tastings have been so successful that she anticipates continuing them indefinitely. An idea born of necessity has become something she and Underwood now see being a permanent part of their business model.

Some of the most popular menu items ordered at Sunday’s brunch included Amy’s tomato pie, a family recipe she’s perfected over the years, as well as pimento cheese eggrolls with mango chutney, a Cubano sandwich with roasted pork, Swiss cheese and house-made pickles, and a coriander-infused grit cake with chicken curry and cilantro served with warm naan.

“The exciting part about all of this is that we have so much room to grow,” Siler said.

Beginning this weekend, Soif de Vin will be open Thursday through Sunday, with lunch and dinner Thursday, Friday and Saturday beginning at 11 a.m., and brunch served Sunday beginning at 10 a.m.

Siler said she expects to stay with the schedule at least for the next several weeks.

Soif de Vin can seat 25 guests inside under the current guidelines and has a few tables outside as well. Carryout and delivery are available. For full details on hours of operations and the menu, visit Soif de Vin's website.