By Jessica Maurer, posted Feb 17, 2021
Tweet
The Temple of Israel will host the “Big Nosh” Jewish Food Festival on March 18, and the deadline to pre-order is Feb. 28.

Organizers have expanded the annual event to include many new homemade offerings, as well as the traditional favorites brought in from New York.

The festival has not had an easy go of it the past few years. Typically held in the fall, the 2018 event was postponed because of Hurricane Florence. It was held in the spring of 2019, but then was canceled altogether in 2020 due to COVID-19.

Now, with all the necessary COVID-19 precautions in place, the festival is taking orders for drive-thru pickup March 18. 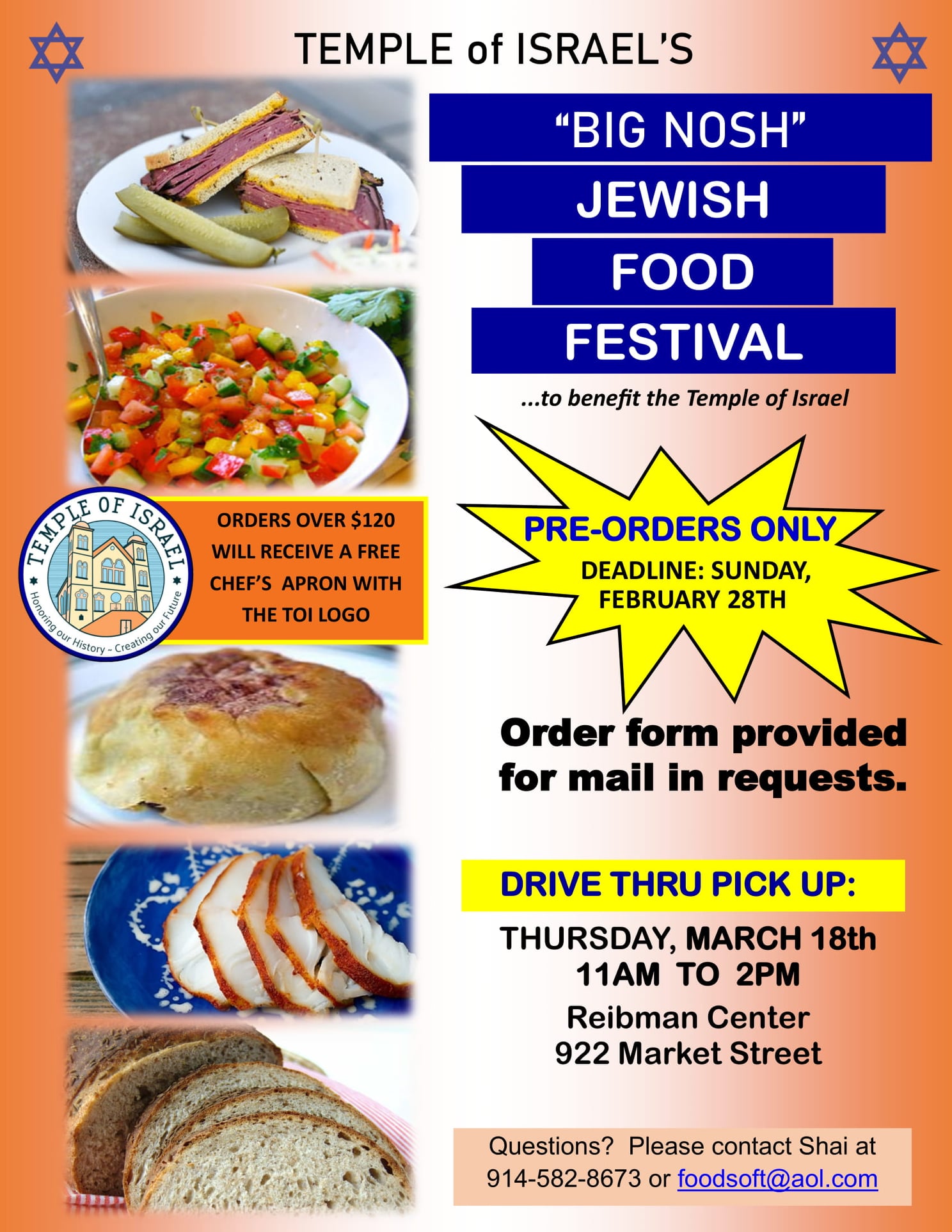 Utilizing his contacts from his days in food service, organizer Shai Abisch will be traveling to New York to pick up items such as corned beef, pastrami, smoked fish and Guss’ pickles. Upon his return, Abisch and members of the Temple will prepare sandwiches, cucumber and Israeli salad, noodle kugel and potato knishes, just to name a few.

Many of the items, including the corned beef and pastrami, can be ordered by the pound, and orders must be placed by Sunday, Feb. 28, either online or with a mail-in order form that can be downloaded and printed from the website.

While rye bread has also been brought in from New York in the past, this year the festival has partnered with Breadsmith of Wilmington.

“They make a very good New York Rye, so we like the idea of working with a local business, and this is easier for us than transporting all of that bread,” Abisch said.

Abisch said the festival has been well received so far, with about $8,500 in sales coming in already. The Temple’s goal is to earn $20,000 to put toward renovations. Abisch said the building is in need of significant repairs to the roof and HVAC system among other things.

“I think our prices are very reasonable; as many from the North will know, they’re not even close to New York prices,” Abisch said. “Plus, it’s a chance to have some dishes that are not always easy to find in this area.”