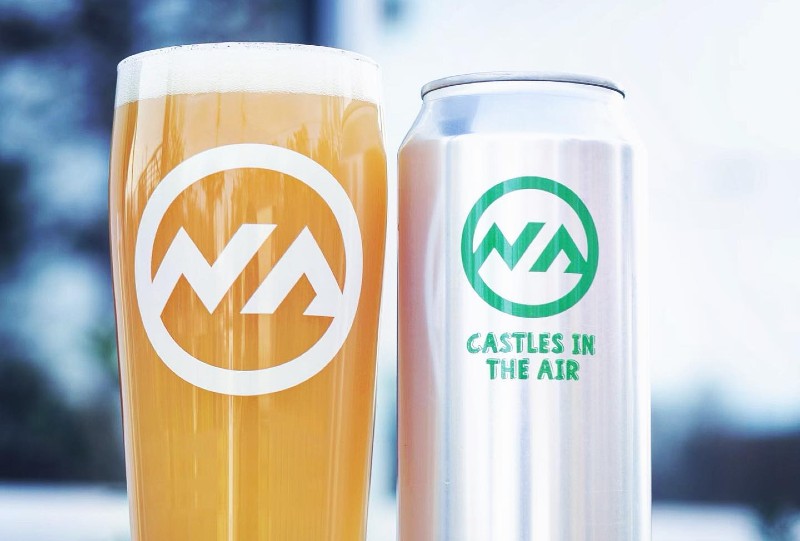 New Anthem opened its Dock Street taproom in 2016, followed by a larger production facility and taproom on Greenfield Street in the South Front District in 2019.

While the new facility was designed to increase production and distribution, the closure of brewery taprooms at the start of the COVID-19 pandemic led Hunter and Skiles to focus predominantly on expanding this part of the business throughout 2020.

And to reach some of the larger markets beyond the Triangle, they required a distribution partner.

Skiles said he and Hunter interviewed over a half dozen distributors before determining that Advintage was the right fit.

“There are a lot of great distribution teams in North Carolina, but very few provided coverage of the whole state,” Aaron Skiles said. “And Advintage has an all-craft beer portfolio, which was another selling point for us.”

While their largest market now is Raleigh, New Anthem’s goal is to expand their footprint in Charlotte and the Triad, and begin distribution in Boone, Asheville and the Outer Banks. Through the partnership with Advintage, they will be able to distribute to bars and restaurants as well as retail outlets.

The partnership will also allow the possibility of participating in events in South Carolina and Tennessee, the two other states where Advintage currently distributes. While there are no immediate plans to extend distribution to South Carolina or Tennessee, that may be an opportunity Hunter and Skiles pursue down the road.

“North Carolina is our focus and we want to make sure we’re supplying the markets within the state that want our beer,” Skiles said. “If there’s room for us to continue to grow once those needs are met, then it’s something we might consider.”

Skiles and Hunter hope to reopen the Dock Street taproom in the near future, likely serving some of the sour and other small batch beers they’ve been experimenting with at that location.

“We hope to provide a secondary experience there with smaller boutique beers,” Skiles said.

For now, the Greenfield Street taproom is open for contact-free pickup on Tuesdays from 1 p.m. to 6 p.m. and for service from Thursday through Sunday starting at 1 p.m.