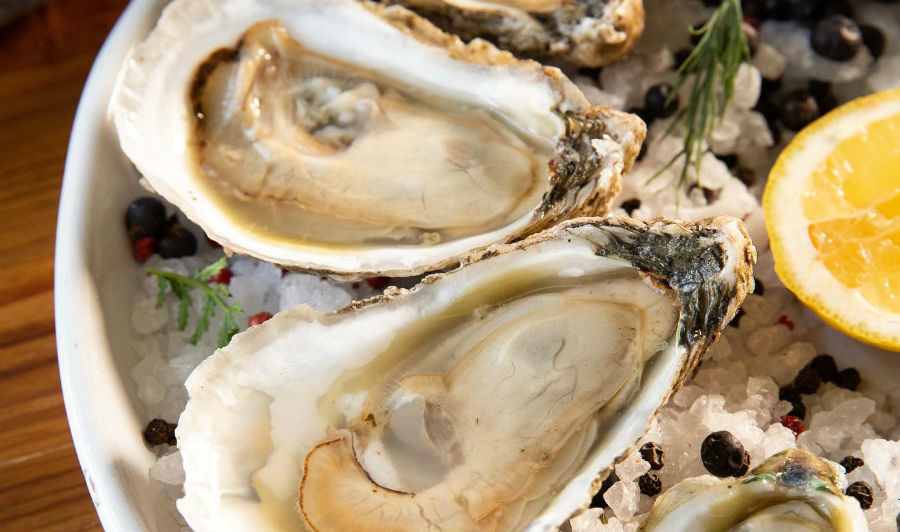 Oysters at PinPoint Restaurant in Wilmington. (Photo courtesy of PinPoint)
While many are familiar with the concept of beer tourism, there’s a new type of tourism making waves in Eastern North Carolina: oyster tourism.

Founded in May, the organization’s goal is to expand awareness of the economic, environmental and social benefits that oysters bring to the state’s seafood industry and coastal communities.

The organization is made up primarily of restaurants, shellfish farms and seafood markets, and is also supported by educational organizations and ecological groups that provide experiences relating to the ecology of oysters and why they matter culturally, economically and environmentally.

Jane Harrison, a coastal economics specialist for NC Sea Grant, said that as filter feeders, oysters play a unique role in purifying waterways and contributing to biodiversity. She explained that oyster farming is a sustainable farming method that has seen tremendous growth in North Carolina over the past five years.

“Virginia has had an aquaculture industry for years, and now our growers are helping" to move the industry forward, Harrison said.

While the organization had to amend some of their plans for public events this year, one of the ways the NC Oyster Trail is helping to foster oyster tourism is by creating tours of shellfish farms.

While many of the tours have been on hold due to COVID-19, some farmers are now booking small group tours by appointment. Harrison is hopeful that more regularly scheduled tours will resume in the coming months, with larger events to follow once it is safe to hold them.

The NC Oyster Trail also works to promotemember restaurants, each of whom must always have one type of NC oyster on their menu.

PinPoint Restaurant, 114 Market St., led by chef Jacob Carey, is a charter member of the NC Oyster Trail. While PinPoint regularly features local oysters on their menu, oyster lovers will want to visit Monday nights for half-priced oysters along with half-priced bottles of wine.

Former PinPoint chef Dean Neff is set to open a new restaurant, Seabird, at the corner of Market and Front streets early next year. Neff’s new concept is already an NC Oyster Trail member and will focus on local seafood and seasonal ingredients.

For more information on the NC Oyster Trail and its members, see: https://ncoysters.org/oyster-trail/

Tickets on sale for Taste of Wrightsville Beach