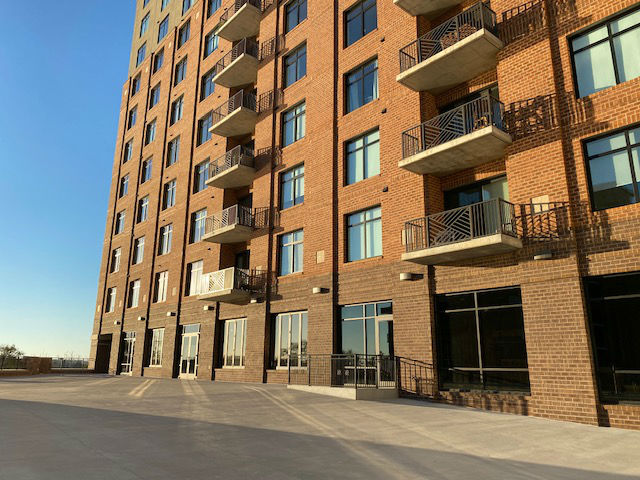 “The restaurant will seat up to 320 people, accommodating both intimate dining and large gatherings alike, filling an important need for Wilmington’s growing residential, tourist and convention populations."

The interior upfit for the new restaurant will begin immediately with plans to open by June 2021, according to the news release. In the meantime, Ruth's Chris will continue to operate out of the Hotel Ballast.

Espy, president of MoMentum Companies, stated in the release, “We are thrilled that owner Steve de Castro and President Jim Mitich have reinforced their commitment to downtown Wilmington. Considering the challenging times we are currently facing their decision to remain in downtown Wilmington and create one of the most spectacular restaurants in the area makes a tremendous statement.”

De Castro also owns several other Ruth's Chris locations, after starting in the restaurant industry as a dishwasher at age 14.

He met Ruth’s Chris founder Ruth Fertel in the 1970s at a restaurant he managed at the time. Later, she made him an offer he couldn’t refuse to manage her restaurant in Washington DC.

Of River Place, de Castro said, “It’s a newer location. It’s a lot more visibility. Where we are right now, we’re kind of in the back of the hotel and we don’t have our own entrance, so I think this location is going to be a much better location.”

Ruth’s Chris Steak House was founded by Fertel more than 50 years ago in New Orleans and has grown into one of the world’s most well-known steakhouse franchises. Signature steak dishes include its filet, cowboy ribeye, tomahawk ribeye and New York strip, among others.

“East West Partners is delighted to be welcoming Ruth’s Chris Steak House to River Place,” said Lucien Ellison, senior managing partner, in the release. “The restaurant’s signature fine dining atmosphere and capacity to satisfy residents of and visitors to downtown Wilmington make it a perfect fit for our central location, riverfront views and the high-end style that defines River Place.”

River Place is a mix of commercial space, apartments and condominiums on Water Street between Chestnut and Grace streets. The commercial portion of River Place also includes recently opened businesses DGX, a high-end urban market; Mellow Mushroom; and Axis Fitness, among others.

Circa Restaurant Group had previously leased the space in River Place for a restaurant by local restaurateur Ash Aziz. But Aziz announced in July that he would no longer be moving forward with the plans for an eatery called Bijou on the River.