Sweet N Savory Does Away With Tips In Favor Of Higher Pay, Teamwork 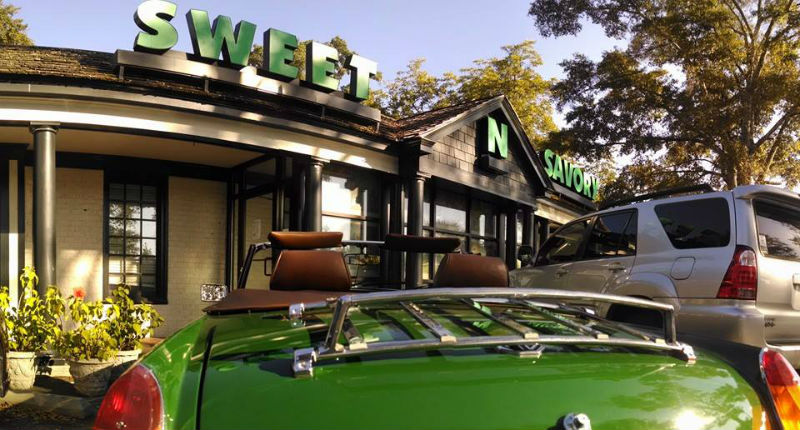 Owner Rob Shapiro said earlier this year when the restaurant was closed for in-house dining, he saw how his employees who remained on staff and were paid hourly came together and worked as a team. No one was focused on how many tables they were getting, which shifts they were working or which customers tipped better than others. It became about coming together to make updates on the restaurant and preparing carryout orders.

Shapiro said he believes that the system of customers leaving gratuity for servers creates inequities in the level of service that is provided. He said he believes hospitality should be provided at the highest level without it being transactional.

He said the goal is to provide a service level that’s above the individual, and an atmosphere where his team trusts and relies on one another rather than working for themselves.

Shapiro now pays his servers $15 per hour, and customers can no longer leave gratuity. The price of each menu item, including alcohol, includes all hospitality, services and sales tax. So if an item is listed at $12, that’s exactly what you pay.

While Shapiro admits that he did little research in terms of the long-term financial viability of this structure, he pointed to European dining as his proof of concept.

“It’s the system that’s been used in Europe for years,” Shapiro said. “It takes the guesswork out of it for customers and the staff is no longer competing for tips.”

Shapiro said he doesn’t believe that anyone should be making less than $15 per hour, and given the current inconsistency of in-house dining, this is one way to combat that. He also believes that a team approach yields a better overall experience for the customer.

Of course to offset the increased payroll expenses, pricing has been adjusted. Shapiro said he lowered the restaurants prices about 30% at the start of the pandemic to encourage carryout orders. Now, he has increased those prices by about 25%, still leaving prices at about 5% below pre-COVID pricing.

“It doesn’t come without risk and it’s a learning curve for all of us,” Shapiro said. “I have nothing against the traditional model, but it’s just not the way I want to operate.”

Shapiro said he has had to pay close attention to making sure he has enough staff, but is not overstaffed to the point where it’s driving up his payroll costs unnecessarily.

He said that if he runs the business efficiently, he believes this model will be very sustainable. He said he also believes it will lower the overall cost of eating out for customers.

Shapiro said that while many customers are initially both surprised and sometimes confused by the fact that gratuities are no longer accepted, his team is taking the time to educate them on the reasoning behind it.

Now, said Shapiro, many customers have said they wish this was the system everywhere.

“Some are quite adamant that they’d still like to leave a tip but we suggest that if they were happy with their experience that instead of tipping, that they return 20% more often and show their support that way,” Shapiro said. “We explain that the more they’re here, the more they help us lift our bottom line and further increase salaries.”

Sweet n Savory is in the process of rolling out a new dinner menu which features a variety of dishes from three different chefs, each with their own style and approach to plating. They are also working on an updated lunch menu focused on new and interesting flavor combinations.

“We’re not going to be doing the same old thing over and over again,” Shapiro said. “It’s time for some vibrant new flavors and to move away from some of the items that were dated.”