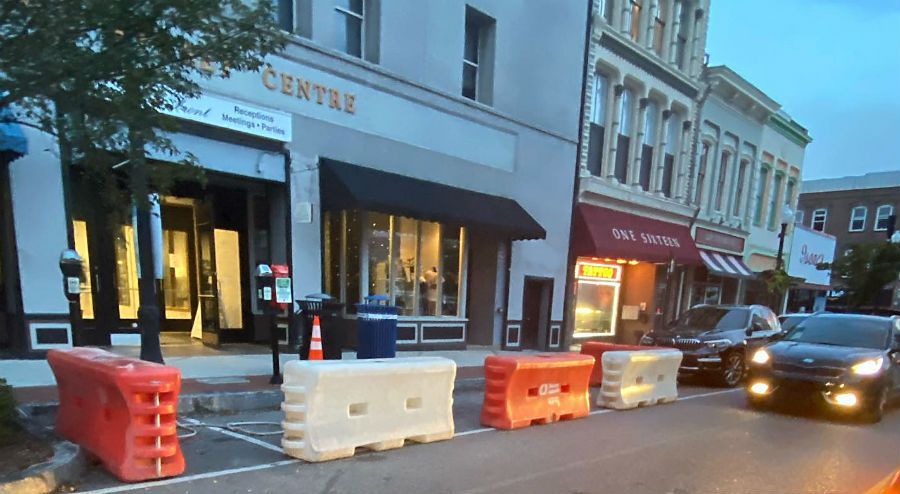 An extension of the parklets from the Sunday, Oct. 18, end date would not likely maintain the street closures that have been part of Downtown Alive over the past several months, she said. But it could help business.

"This is just to do anything we can to help the restaurants continue to keep their doors open and in turn generate pedestrian traffic in the downtown markets that feed our retail," Espy said.

Espy said she and other business owners would also like to see the parklet concept become a permanent one downtown.

The cost of extending the program would depend on the proposal that is expected to be submitted at Thursday's Municipal Services District meeting. The MSD covers the Central Business District in downtown Wilmington, charging a tax on property owners for additional services.

"While there is some available funding left over that could be applied without Council approval or appropriation . . . we expect to hear the cost and proposal at tomorrow’s MSD meeting at 3 p.m.," stated an email from city spokesman Dylan Lee on Wednesday morning. "We’ll carry that live on GTV and wilmingtonnc.gov/gtv. Any new funding or appropriation would need to be approved by City Council."

Rumcow and Tacobaby, two restaurants on Grace Street, have been able to use parklets for more seating and a jazz band on Saturday nights.

"We put them [the band] in the middle of the two businesses. It just attracts more attention," said Joseph Sena, owner of Rumcow and Tacobaby. "It restores a sense of normalcy. It’s been kind of a tough road with a limited occupancy [50% by state mandate] inside and it’s been nice to be able to put out an additional 26 seats."