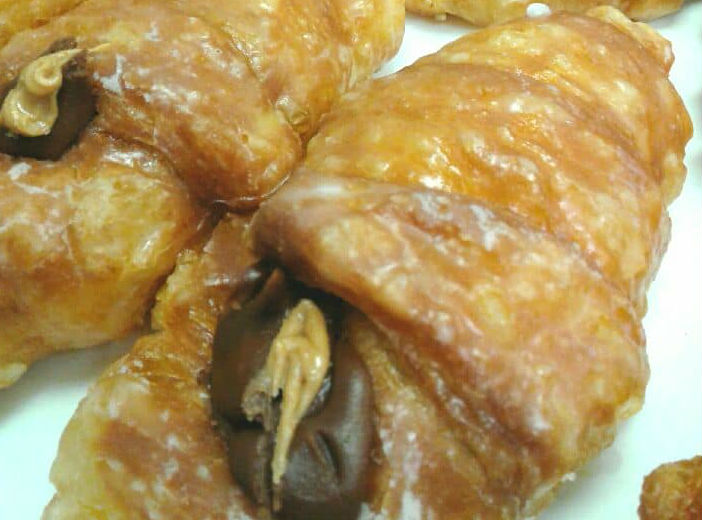 West said he’s eager to greet his first customers and has been encouraged by the public’s enthusiastic response to the franchise opening in Wilmington.

Burney’s will be located in the former Duck Donuts space on Parker Farm Drive in Mayfaire Community Center.

Now a statewide franchise with nearly a dozen locations, Burney’s was founded in Elizabethtown in 2011 by Thomas and Doris Burney. Today the company is owned by Michael and Gina Burney, who still operate the Elizabethtown location.

West, who has an extensive background in the hair industry, said he’s excited to take on a new business focused on his favorite pastime: baking.

“Baking and cooking have always what I could turn to as a way to take my mind off things for a while,” Anthony West said. “This is the kind of place where people come in happy and I enjoy happiness.”

West said he was first introduced to Burney’s croissants by a customer at the salon who would bring in a dozen to share each time she came in.

“I fell in love with them and found myself traveling 45 minutes to get some for myself and a bunch to give out to friends,” West said.

West’s offerings will location will of course include Burney’s many varieties of famed stuffed croissants and 15-layer cakes, as well as breakfast pastries and donuts, cupcakes, pies, bread pudding and custom cakes.

West plans to incorporate seasonal and holiday flavors to the menu, starting with fall favorites such as pumpkin spice and maple bacon. West also plans to offer mini croissants, which allow guests to try multiple flavors.

While the space is mostly designed for carryout, there will be a small section of bar seating, as well as a few tables outside. Hot coffee and cold beverages such as water and soft drinks will be served.