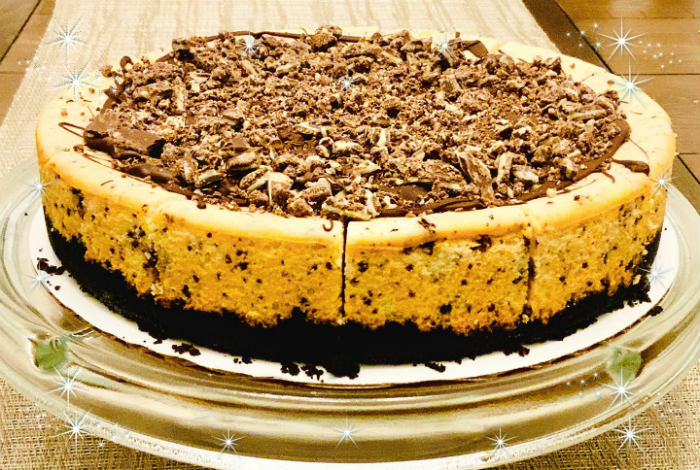 Owner Chris Lubben officially launched the business in October 2019, but he’s been making cheesecakes for over 20 years.

Trained at the Culinary Institute of America and a chef by trade, Lubben ran Chris’s Cosmic Kitchen on Eastwood Road from 2007 to 2011.

When he decided to go into business selling cheesecake, he opted to use the Burgaw Incubator Kitchen, a Pender County Health Department- and N.C. Department of Agriculture-approved kitchen that charges an hourly rate for approved specialty food makers.

The goal of the incubator kitchen is to help offset many of the start-up costs for culinary businesses.

“I really think it’s the best way to start a food business because you can do everything you need to do and not be tied into a lease every single month or to payroll costs,” Chris Lubben said.

Lubben’s business model incorporates both local delivery and shipping across the United States.

While many customers first began placing orders via Facebook Messenger or by phone, Lubben is encouraging his customers to order online, where he can better communicate details regarding delivery, answer any questions about the order and issue invoices.

“It’s really been a very successful model during the pandemic,” Lubben said. “People have been very receptive to delivery.”

One area of his business that has been negatively impacted by COVID-19 is his wholesale accounts with area restaurants. For now, Lubben said he’s just waiting for restaurants to come to him if they’re interested, not planning to pursue any new accounts while so many local restaurants are struggling.

As for a potential brick-and-mortar location, Lubben said he always has his eye out, but that it makes more sense for him right now to continue to work out of the incubator kitchen.

Chris’s Cosmic Cheesecakes can also be found at the Riverfront Farmer’s Market as well as the Seaglass Salvage Market in Castle Hayne every third weekend of the month.