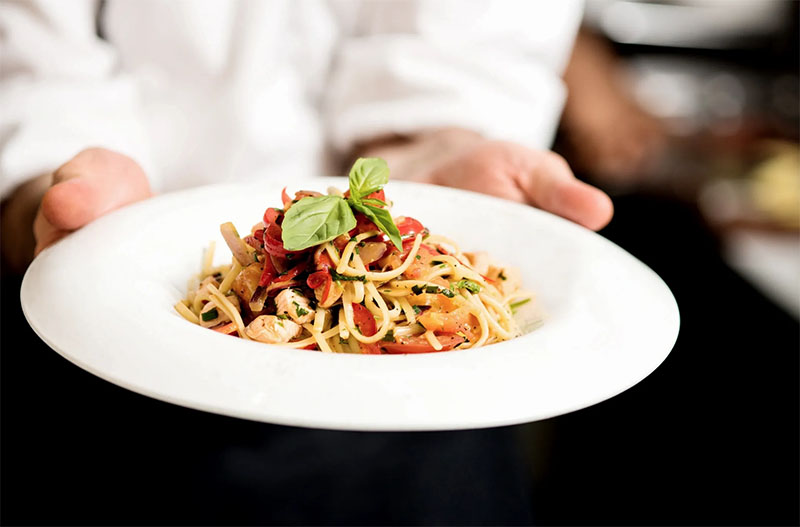 General manager Erin Dodge has hired James David as the new head chef/kitchen manager and promoted James Mazucca, who has been with the restaurant for several years, to bar manager.

Fat Tony’s, 131 N. Front St., closed on March 17, and the staff was out of work for about a month before several key employees returned mid-April for deep cleaning and renovations that took place over the following four weeks. The restaurant was able to open for carry-out in mid-May and opened for dine-in service at 50% capacity Memorial Day weekend.

“Overall we are doing quite well,” said Dodge, who has been with the restaurant for 14 years. “Our Riverview patio, we didn’t lose a single table, and our front patio only lost one. We had to remove just a few tables inside but can still seat 65 people and are able use the bar with 6-foot distancing.”

Dodge said they are taking customers’ temperatures at the door and being vigilant about suggested protocols.

“I think people appreciate that we are doing all we can to keep everyone safe,” Dodge said.

Dodge said she is happy to have been able to promote Mazucca, who is currently working on creating a new craft cocktail menu and expanding the bar’s 28 taps to include more local brews.

“He’s a wonderful asset to the team,” Dodge said. “His new bar menu will include some traditional cocktails, some tropical drinks, some Fat Tony’s favorites and some brand new recipes that he’s created.”

David comes to Wilmington by way of upstate New York, where his Italian family has owned several restaurants and a catering company.

David relocated to the Port City after falling in love with the city’s food scene while vacationing in the area. He worked for Cape Fear Country Club prior to taking the position with Fat Tony’s and said he had originally planned on opening his own place prior to COVID-19.

David said his goal is to bring consistency to Fat Tony’s. He said there are a lot of good recipes already in place, but what is needed is updated procedures as well as attention to detail and upkeep.

“I want to be able to say I’m proud to work here, and I want every dish to get a five-star review,” he said.

While Dodge and David have pared back the menu a bit to eliminate waste, neither foresee too many future changes to the menu. David said he prefers to operate with a smaller menu and have the freedom to create specials with seasonal ingredients.

Fat Tony’s will begin live music on its Riverfront patio on Friday evenings starting this week.