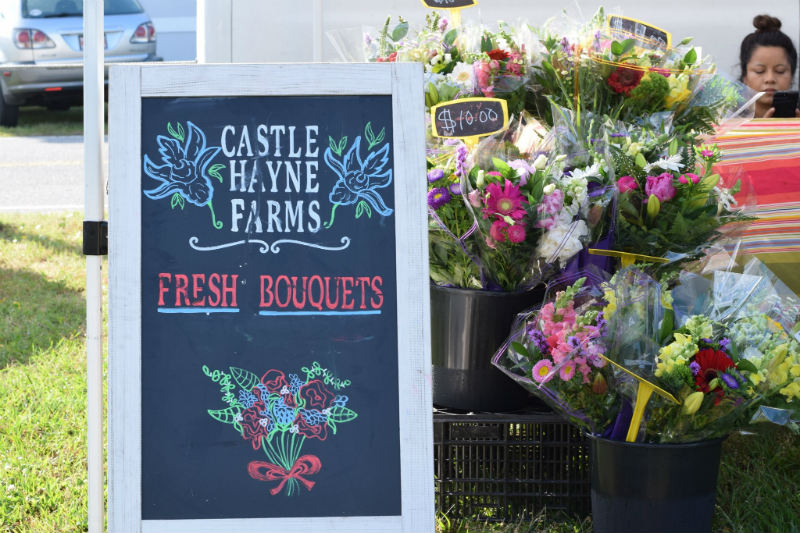 Although the market opened a few weeks later than usual due to the pandemic, Market Manager Katie Ryan said it has been very well received so far.

“We’ve had a huge turnout,” Ryan said. “I think people like the opportunity to be outdoors, to get local produce and to support small businesses.”

Ryan, who has managed the market since its inception in 2009, said it has grown steadily throughout the years. There were just nine vendors the first year, whereas this year there are about 30, which Ryan said has been the typical number for the past few seasons.

This year there are new vendors, as well as three that have been there from the start: Castle Hayne Farms, Hanchey’s Produce and Eden’s Produce. New vendors this year include Coastal Carolina Cutting Boards, Elderberry Tribe, Ray’s Bungalow Boutique and Breadsmith.

“We have 10 craft vendors and try to select a variety of food and produce vendors so there are not too many overlapping products. A little competition is good, but we want everyone to be successful,” Ryan said.

Ryan said that masks and gloves are encouraged but not required for vendors or shoppers, and there is signage directing people to shop in one direction, practice social distancing and not handle products. Instead, shoppers are asked to point to items they would like to view and allow vendors to help select them.

The market is held every Monday from 8 a.m. to 1 p.m. on the grounds of the Wrightsville Beach Municipal Building, and free parking is available at the field adjacent to the market. This year’s market is set to run through Sept. 28.

Have a tip for Restaurant Roundup? Email us at: rest[email protected].