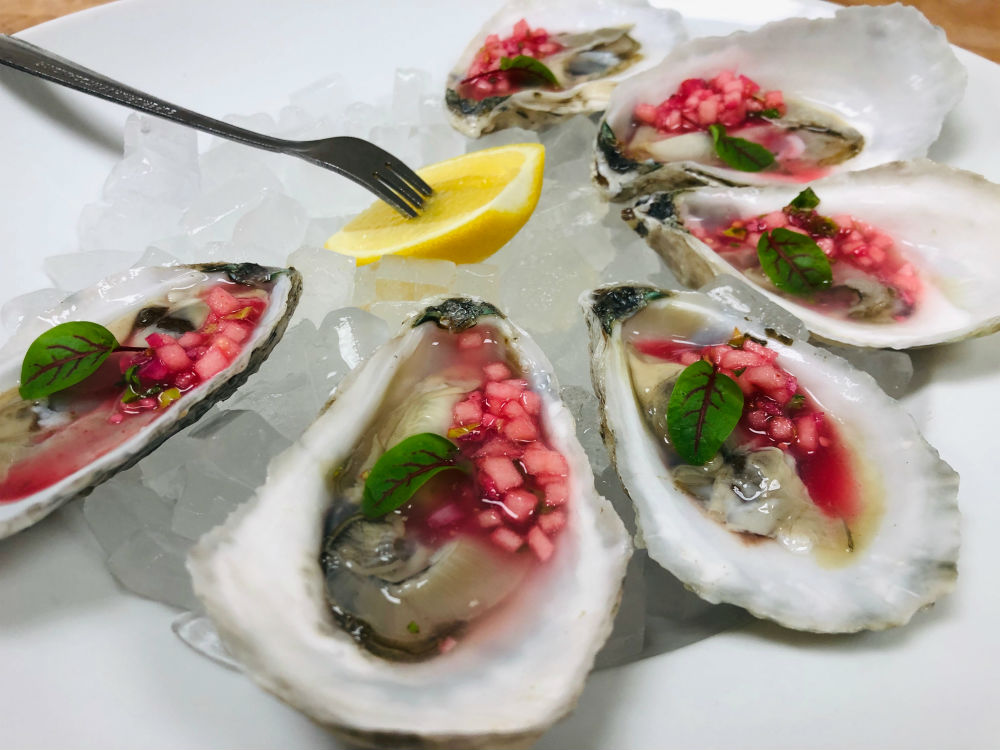 Located in the former K-Bueno Norte space just across Market Street from Kornerstone, Tidewater Oyster Bar features North Carolina seafood with a nod to the Cajun and Creole cuisines of Louisiana.

Tidewater is also offering steam pots to go, with two base kits, the Tidal Creek pot that serves two to three people, and the Tidal Marsh, which serves four to six. The base kits come with red bliss potatoes, corn on the cob, kielbasa, lemon, seasoning and sauces, to which any combination of seafood can be added.

As for dine-in service, Pickens said his staff at both restaurants are following all current safety protocols.

“Reopening has gone very well at Kornerstone, and we’re hoping that these measures will work just as well at Tidewater,” Robert Pickens said. “Of course opening a half capacity is not ideal, but we’re moving forward and doing what we have to do to make the best of it.”

The concept for Tidewater came about when Pickens reconnected with a former chef whom he worked with at Eagle Point Golf Club. Keith Walls, co-founder of Falling Tide Oyster Co., approached Pickens last year in hopes that he might consider serving his oysters at Kornerstone.

From there Pickens decided to take things a step further and create a restaurant to promote North Carolina oysters and local seafood.

Tidewater will offer a variety of daily specials based upon the availability of local seafood, and a permit to serve beer and wine is in the works.