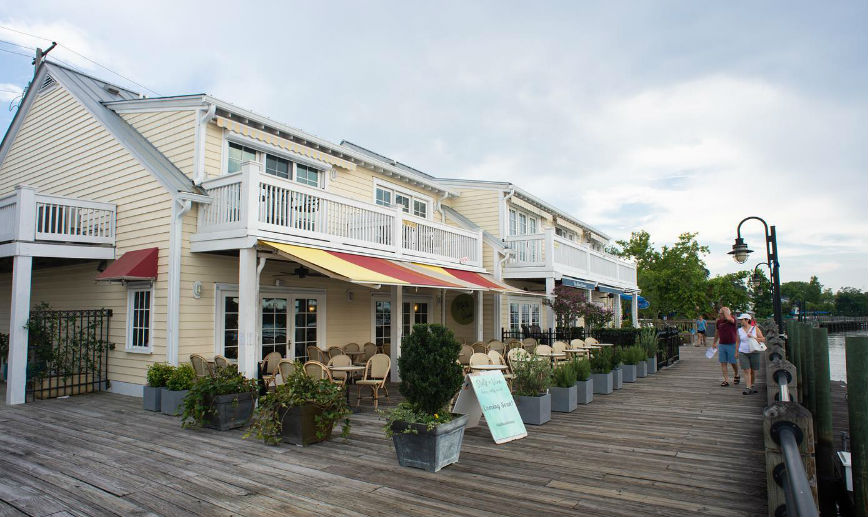 A victim of bad timing, Riverwalk restaurant Stalk & Vine recently announced its permanent closure. (Photo courtesy of Stalk & Vine)
Stalk & Vine owner Zac Brown announced via social media last week that his bar and restaurant would be closing for good in the wake of COVID-19.

“Our 9 months of operations were riddled with a short first summer, Hurricane Dorian, the first slow winter, and then the COVID-19 pandemic.” Brown said in a Facebook post on May 29.  The fact of the matter is Stalk & Vine didn't have enough time to develop the foundation needed to navigate that series of events, particularly this pandemic.

“Though timing wasn't on our side this go around, I truly believe in the spirit of Stalk & Vine and I hope to be able to take another stab at it one day.”

Stalk & Vine shifted its service model to allow for carry-out for about two weeks in March, but its Riverwalk location made this difficult. Brown made the decision to close temporarily March 30.

Brown said he worked diligently over the next several weeks to try to secure emergency financial assistance, but was unable to qualify because he had been open for less than a year and did not have the two years of tax returns required in most cases.

“It was pretty clear that the playing field is not level for new businesses,” Brown said.

Brown said he heavily considered all the options by crunching the numbers and creating numerous financial models. He considered changing the concept, and taking on investors. But at a certain point he said it became obvious that the budget was just too tight.

“If I had a well of money this wouldn’t be an issue, but I have to consider my future both personally and professionally,” Brown said. “I have notebooks worth of ideas, don’t want to create a personal setback or tarnish my reputation financially.”

Brown is currently in negotiations with those he has contracts with, and feels confident that he will be able to settle matters amicably.

“I’m thankful that everyone I’ve worked with on this project and in this community has been a pleasure to work with,” Brown said. “I’m very appreciative of the Wilmington community, I’m fortunate to have had tons of support from the beginning - that’s one of the reasons I moved here and have stayed here.”