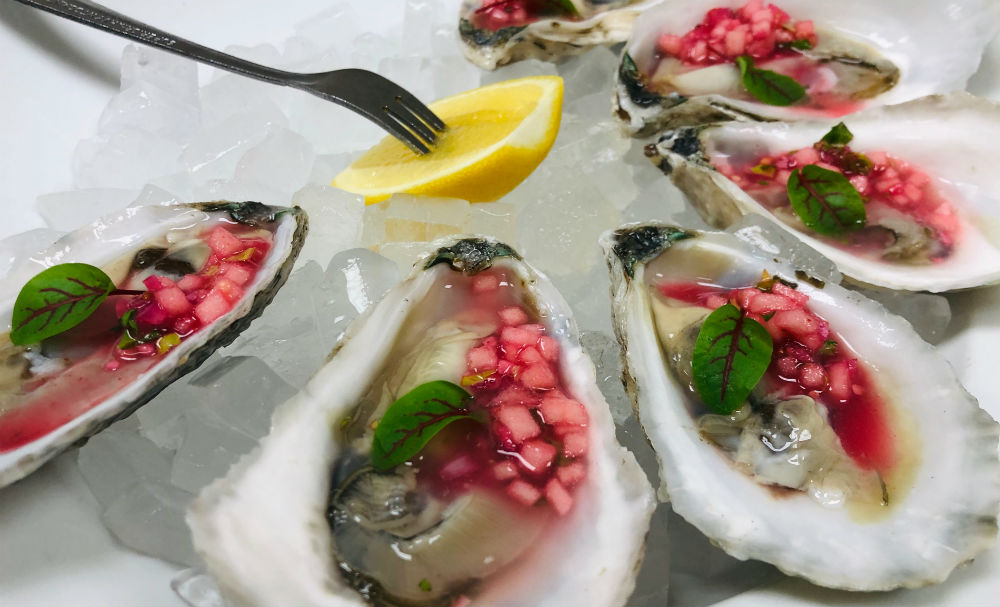 Pickens said he had been seeking a location for this concept for several months and when K-Bueno Norte owner Cindy Vach announced the restaurant was closing, he immediately pursued the opportunity to take over the space because of its proximity to Kornerstone Bistro.

The concept for Tidewater came about when Pickens reconnected with a former chef whom he worked with at Eagle Point Golf Club.

After many years in the culinary industry, Keith Walls pursued degrees in environmental and marine Science from UNCW, with a focus on shellfish aquaculture. In 2017 he launched Falling Tide Oyster Co., based in Sneads Ferry, along with his wife, Linzy.

Walls approached Pickens last year in hopes that he might consider serving his oysters at Kornerstone, which eventually led to the creation of a raw bar at the restaurant.

From there Pickens decided to take things a step further and create a restaurant to promote North Carolina oysters and local seafood.

“We’re really hoping to bring awareness to this growing industry and its environmental benefits,” Walls said. “Oyster farming is unique in that it ends up leaving the environment in better condition than before farming begins.”

Pickens said that in addition to local oysters, Tidewater will serve fried and steamed seafood in a casual, beachy atmosphere.

Minor renovations have been taking place at 8211 Market St., but the timing of the opening could be dependent on the current state of COVID-19 measures, including the closing Tuesday of restaurants and bars to dine-in customers.

On another note, Kornerstone Bistro, whose kitchen is led by chef Chris Vergili, celebrated its 13th anniversary this month.