Michael's On The Waterfront Set To Open Saturday 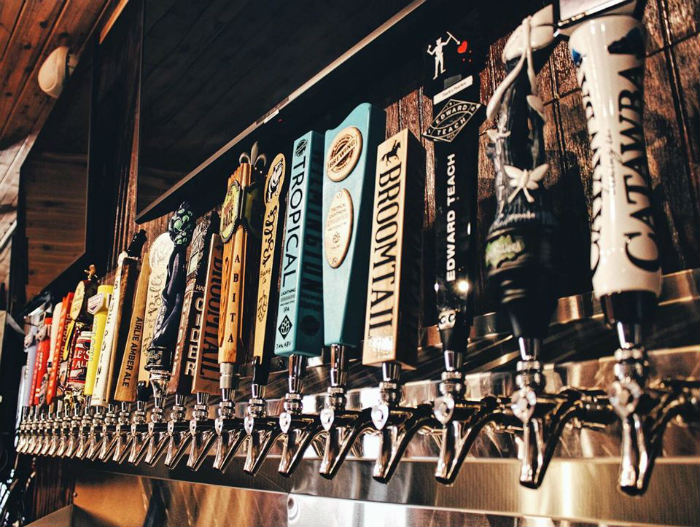 The bar will feature 30 draft beers, mostly local, as well as some regional and seasonal brews. (Photo courtesy of Michael's on the Waterfront)
A downtown restaurant two years in the making is preparing to make its debut this weekend. Michael’s on the Waterfront, 5 South Water St., will open to the public Saturday.

Owner Michael Lavigna, along with his son and general manager, Mike Lavigna, said the upscale yet casual gastropub will offer a little something for everyone, from sandwiches and salad to burgers and pizza, steak and seafood.

Michael Lavigna, who resides in Myrtle Beach, purchased the building with the intent of luring Mike down from New York to run the restaurant. Mike has operated his own place in New York for over 15 years, and said he’s both excited and nervous about the new venture.

“I’m fortunate to have some friends in the Wilmington area and I’ve really had to rely upon their advice because I’m new to the market,” Mike Lavigna said.

Originally slated to open last summer, Lavigna attributed the delay to a series of unanticipated construction issues. Because the building is over 180 years old and needed to be completely gutted, he said they ran into a number of structural issues that took longer than expected to address. Not to mention the two hurricanes that impacted the city since the family took over the building.

The Lavignas have installed a custom pizza oven and will be making personal NY-style pizzas. The dining area at Michael’s seats 85 guests and there are 20 seats at the bar, as well as 25 to 30 on the outdoor patio. The bar will feature 30 draft beers, mostly local, as well as some regional and seasonal brews.

To begin with Michael’s will offer one menu throughout the day, but may eventually offer a separate lunch menu as well. There is also the possibility of a brunch service down the road.

“We have to walk before we can run,” Mike Lavigna said.

Michael’s on the Waterfront will open Saturday at 11 a.m.