Which Food Trends Will Shape 2020? 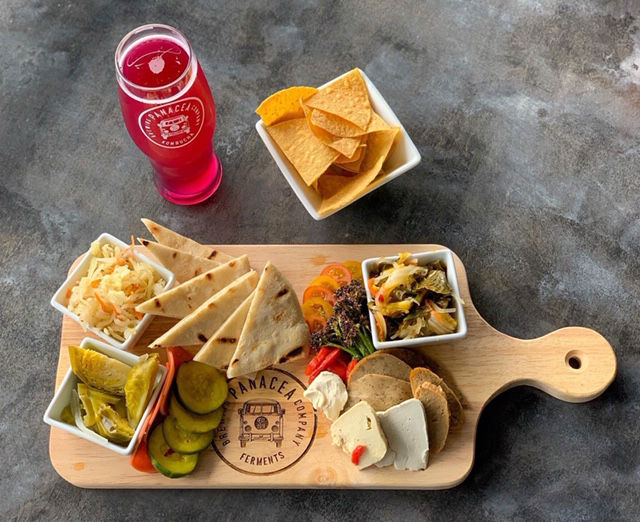 At the start of each new year, bloggers and food writers are all abuzz about trends for the year ahead -- from what foods we’ll be eating to what will be trending in restaurants, bars and grocery stores. Here’s a look at five trends you’re likely to see in 2020.

At the headquarters of global research center Crops For the Future (CFF), professor Sayed Azam-Ali believes that “forgotten foods” are the key to feeding the world’s growing population without causing further damage to the environment.

Azam-Ali reported to the BBC in 2018 that just four crops -- wheat, maize, rice and soybeans -- provide two-thirds of the world’s food supply.

“We’re dependent on these four,” Azam-Ali told the BBC. “But actually there’s 7,000 crops we’ve been farming for thousands of years. We ignore all of those.”

Headquartered in Malaysia’s capital of Kuala Lumpur, CCF is working to discover long ignored crops they describe as forgotten or under-used.

The BBC reports that the food sector is already responsible for nearly a third of global greenhouse gas emissions, according to the UN Food and Agriculture Organization. By 2050 it estimates the world must produce 50 percent more food to feed the projected global population of 10 billion.

According to CCF, meeting this demand without further contributing to climate change calls for urgent solutions, starting with the increased awareness and cultivation of forgotten foods.

A handful of ancient grains such quinoa, barley, buckwheat, farro and amaranth have been making their way to mainstream dining over the past several years, thanks to chefs across the country looking to vary their menus.

Like ancient grains, fermented foods and beverages, known for their intense flavor profiles and probiotic properties, are also experiencing a renaissance.

“Everything that's old is new again,” said Robin Hill, co-owner of Panacea Brewing Co. “Before the invention of refrigeration, fermenting foods was one of the very few ways people could preserve food from spoilage. Then refrigeration hit the scene; fermenting and other preservation methods lost popularity because they were no longer a necessity.

"In the last five years, scientists have discovered the importance of maintaining healthy gut bacteria. Fermented foods provide the best source of living probiotics because they contain both the live cultures and the fiber needed to keep them intact in the gut.”

But Hill cautions consumers to beware of mass-produced fermented items.

“In addition to scientific inquiry driving food and health trends, I think there is a culture shift going on right now, where craft is back. Craft beer and other beverages, handmade goods and art, all things made with care and precision are knocking cheaply made consumer goods off the shelves.

"That being said, there are always large corporations looking to profit off the next big trend, and consumers should know that most fermented foods sold in chain stores are fully pasteurized, which means the probiotics have been killed," Hill said. "If you choose to by manufactured fermented foods rather than small batch, be sure to shop in the refrigerated section and read the labels for words like raw, alive, or unpasteurized."

Panacea Brewing Co. pairs living foods such as sauerkraut, kimchi, fermented vegan cheese and more with their kombucha at their new taproom and restaurant located at 4107 Oleander Dr. Unit H in Wilmington.

One thing that’s not trending in 2020? Hangovers.

A night out with friends no longer means you’ll be struggling to get out of bed the next morning thanks to one fast-growing trend.

Even before this year, many bars and restaurants have been serving non-alcoholic or low-alcohol cocktails to allow guests the feeling of indulging without paying the physical and mental price.

And beer industry leaders such as Heineken, Budweiser and Corona are jumping “on the wagon” as well, having all brought new non-alcoholic beers the market.

"For health reasons, many people are cutting down on alcohol consumption, or cutting it out altogether,” said Stuart Elkington, owner of Dry Drinker in West London.

"I lost a bit of weight, I started running again ... but I missed that 'ahh' moment on a Friday night, when you've had a really busy week and just wanted a beer," he told CNN Business.

Elkington said he thought there must be other people like him out there like him, but was surprised to find the market was much wider than that.

Elkington said in the 2018 story that while non-alcoholic beers of the past have had a bad reputation, the availability of hops from all over the world means the future of non-alcoholic beer need not be boring.

With area craft breweries such as Wrightsville Beach Brewery now responding to the public’s demand for gluten-free beer, perhaps non-alcoholic craft brews are not far behind.

2020 will likely see a rise in “ghost kitchens,” the term coined for commissary-style kitchens that offer only takeout and delivery.

This model cuts operation costs dramatically, and caters to those who prefer to order online and eat in the privacy of their own home. Some operate as traditional restaurant kitchens, preparing orders as they come in, while others specialize in meal plans or catering.

Many ghost kitchens work directly with online delivery services such as UberEats and Grub Hub, another sector that is likely to continue to grow.

The Food Network reports that the online food delivery market will climb toward a projected $24 billion industry by 2023, according to data portal Statista.

An even bigger emphasis on the environment

For many years now the words "local," "seasonal" and "sustainable" have been used to describe the restaurant industry’s increased awareness of its impact on the environment. This is certainly expected to continue throughout 2020 and beyond, with increased measure.

Consumers are expected to continue to put pressure on the industry to support local small-scale farming over corporate farms, humanely raised livestock, and to cut down on waste.

“I think that you’re going to see a continued emphasis on sustainability. Sourcing locally and seasonally isn’t good enough anymore, and I believe moving forward we will continue to push towards a heightened knowledge and awareness of our consumption of our most finite resources.” said Brady Williams, chef of Canlis in Seattle, in an interview with Food & Wine Magazine.

Locally, organizations such as the Plastic Ocean Project are working to help restaurants reduce their waste by eliminating, or at least cutting back on, their use of disposable plastic straws and non-biodegradable or non-recyclable carry-out containers. To date, nearly 100 restaurants, bars and coffee shops in the Cape Fear region have become certified Ocean Friendly Establishments.

Not only will customers see an increase in veggies on their plates in 2020, as produce continues to move from side item to center stage in many meals, but plant-based meat and dairy substitutes will also increase in variety and availability.

By now everyone is familiar with burger substitutes such as the Impossible Burger or Beyond Burger, versions of which are now available at fast food restaurants such as Burger King, McDonald’s, Hardees and Dunkin’ Donuts. But products designed to mimic ground pork and sausage are hitting the market as well, and alternatives to chicken and fish will not be far behind.

Forbes magazine reports that the Kroger Company, the largest U.S. supermarket chain by revenue, plans to launch 50 plant-based products under its Simple Truth brand by the end of 2020.