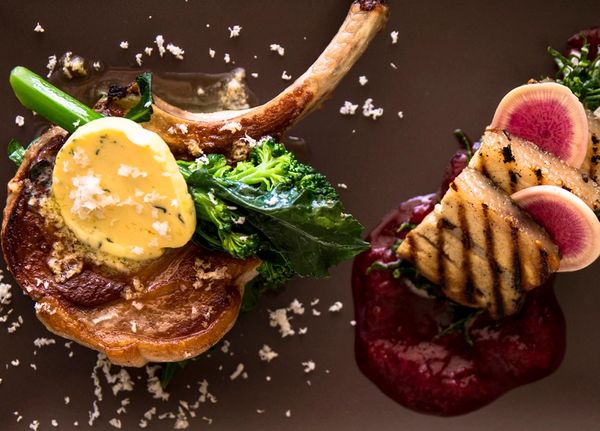 The final Battle at the Beach chef competition takes place Jan. 14. (Contributed photo)
Battle at the Beach Round II took place Nov. 19 between chef William Roberts, of Oceans at the Holiday Inn SunSpree Resort, and chef Shaun Fenix in what organizer Jeffrey Porter of Port City Pop-Ups called “one of the tightest races" he has seen in his career of chef competitions.

Roberts came out on top, having prepared the highest-scoring dish of the evening, an alligator Milanese with smoked chicken roulade, muscadine gastrique and pickled fall vegetables.

The mystery ingredients of the evening included alligator, prime sirloin and organic beets.

Roberts will now face chef Josh Petty of Cast Iron Kitchen in the final Battle at the Beach on Jan. 14, at 22 North.

Porter said that round will include four mystery ingredients, one of which will be given to the chefs just two hours before service and must be utilized in every course.

Tickets for the final battle at the beach can be purchased online.

After the final beach battle, the Battle at the Port is set to begin on Jan. 21, at 128 South, with brackets being released in early December.