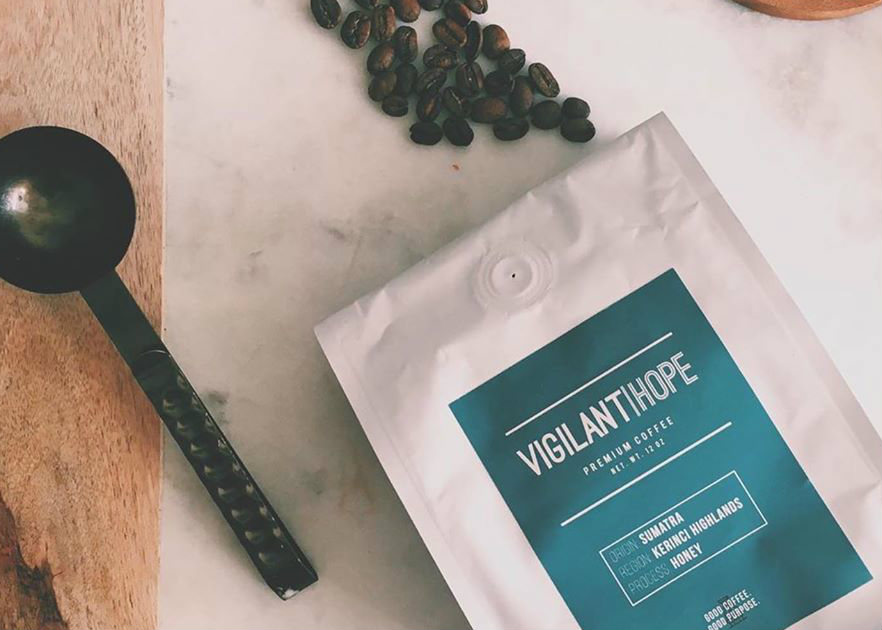 Donut Inn co-owners Allen Renquist and Matt Anlyan have always had a passion for giving back.

Prior to purchasing the Donut Inn in early 2017, they both worked to feed children in schools and clinics around the world through the Raleigh-based humanitarian organization, Stop Hunger Now. They are known throughout the Wilmington community for partnering with local charitable organizations and donating thousands of unsold baked goods annually.

Vigilant Hope Roasting is a coffee roastery that is putting the homeless to work. Renquist said that when the roastery launched in April they were producing about 15 pounds of coffee a month. Now they are up to 450 pounds a month and are in the process of moving to a larger space that can support the growth of the business.

Donut Inn is serving and selling Vigilant Hope coffee, and Allen Renquist recently pitched their cause at Wilmington’s chapter of 100 Men Who Care, an organization that meets quarterly to hear pitches from members seeking funding for local organizations or charities.

Renquist’s presentation was the winning pitch of the evening, as voted by fellow members, and all 35 in attendance wrote a check for $100 to Vigilant Hope Roastery, resulting in a $3,500 donation.

“I think it’s a fantastic product, and it’s an easy thing for us to take on since we already serve coffee,” Allen Renquist said. “And every pound of it is going toward helping get someone off the street right here in Wilmington.”

Renquist said he and Anlyan look forward to expanding their giving with the opening of their new Porters Neck location in early 2020. Construction has begun at 208 Porters Neck Road in the Harris Teeter Shopping Center, and the new location is expected to be open in about three months.