By Jessica Maurer, posted Nov 13, 2019
Tweet
Mr. Bagel Meister has opened a company-owned store in Leland, operated by founder Phil Santomassi. It is the Cape Fear region's third Mr. Bagel Meister location, along with stores in Wilmington at The Pointe at Barclay and in Carolina Beach.

Santomassi said he has been interested in moving into the Leland market for some time, and the opportunity presented itself in September, with the closure of Empire Bagels at 1105 New Pointe Blvd. Santomassi said he purchased the business Sept. 22, and negotiated a new lease with the landlord. 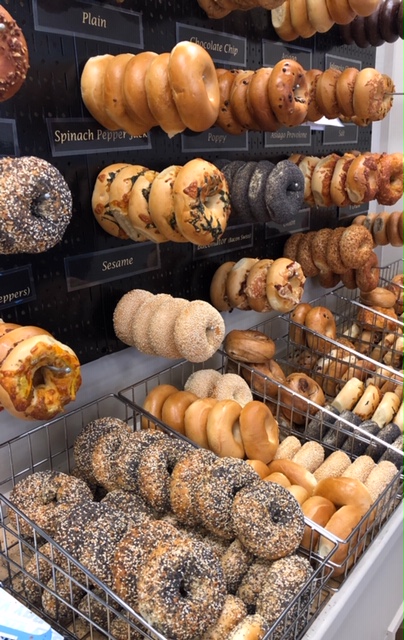 The 1,250-square-foot space has been completely renovated, including the installation of all new kitchen equipment, new countertops and Mr. Bagel Meister’s signature bagel wall. There are about 20 seats for in-house dining.

Santomassi said the bagels are baked fresh on-site daily, and the menu is similar to the other locations, but with a few additions such as tuna and chicken salad.

Santomassi said he plans to operate the store for now, but may consider taking on a franchisee in the future. He also confirmed that he has his sights set on Hampstead for his next location.

Mr. Bagel Meister is open seven days a week from 6:30 a.m. to 2 p.m. Additional locations include 1328 N. Lake Park Blvd. in Carolina Beach and 1611 Dusty Miller Lane at the Pointe at Barclay.