CRUST Kitchen & Cocktails has been sold to the owners of Rebellion NC, according to CRUST’s founders, Emily Luther, Stacey McPherson and Brian Di Giorgi.

Rebellion is owned by PROOFhospitality, a Washington D.C.-based bar and restaurant company. The company opened its first Rebellion restaurant in D.C.’s north Dupont neighborhood in 2014, and now has two other locations in the DC Metro area. Its first Wilmington restaurant, Rebellion NC, opened in 2018 following the closure of Buzz’s Roost at 15 S. Front St. in December 2017.

The company is made up of founding partner Brian “Wes” Westlye, co-founder Lenny Codispot, John Bradley, and chef Travis Weiss. It is unclear what changes CRUST’s new owners have in mind for the restaurant. Calls to Westlye were not returned. 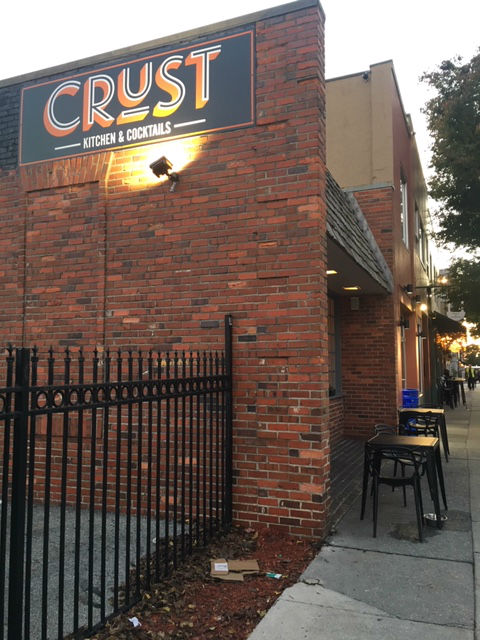 CRUST opened in July 2018. The former owners met several years ago in Southport, where Luther was the owner/operator of Moore Street Market and McPherson and her husband operated a pop-up ice cream shop. Having both relocated to Wilmington, they began brainstorming ideas for collaborating on a restaurant.

"The grilled cheese concept was Emily's idea,” Stacey McPherson said at the time. “And I loved it. It's such a versatile product and lends itself to some really creative ideas. Plus, who doesn't love grilled cheese?"

While the former owners declined to go into detail on the reasons behind the sale, Emily Luther did have this to say:

“Each of us love to dream and create and have worked in the service industry for so many years that the conceptualization and implementation of CRUST was a dream. When we met John and Wes of the Rebellion group and talked with them of the thoughts of selling, we realized that our visions layered. We knew that these would be the local fellas to embrace CRUST and surpass the imaginable, taking the concept to the next level! Creating is what we love, this will not be the last endeavor for either of us!”

Luther also wished to extend a thank you to Terry Espy of MoMentum Properties and Mike Lardieri of Homes for Sale in Wilmington for believing in their concept.

“Much love to the Wilmington community and to the loyal customers that have supported us,” Luther said. “Just wait, the best is yet to come! Stay cheesy Wilmington!”