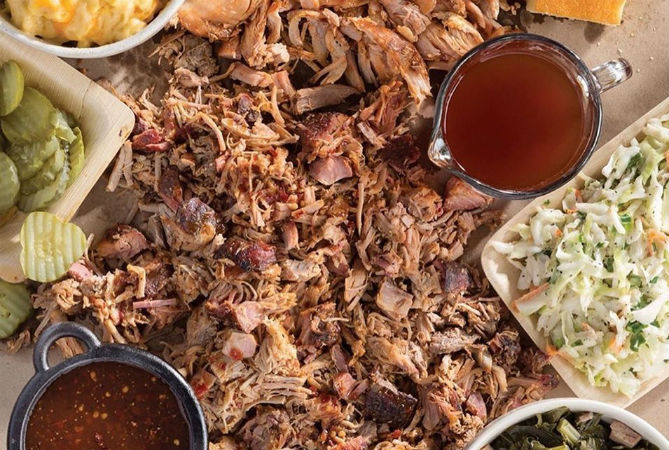 Southern Smoke BBQ, the Garland catering company and restaurant that has become a dining destination for many throughout eastern North Carolina and has Wilmington fans, is now serving dinner Friday evenings.

For several years, owner Matthew Register has opened to the public for lunch only on Thursdays and Fridays, opening the doors at 11:30 a.m. and closing as soon as he sells out. As the carryout restaurant has grown in popularity, it’s not uncommon for that to happen within the first couple of hours.

“I’ve had so many people say to me, 'I can’t get to you before you sell out,'” Register said.

Southern Smoke’s hours are limited because of the large volume of catered events it regularly books, often traveling throughout the state and beyond for numerous events each week.

For the past few years, Register and his family have hosted a bi-annual South Supper Series in the backyard of Southern Smoke each spring and fall, notifying potential customers via email and social media, with tickets often selling out in just days, if not hours. The restaurant is at 29 Warrent St. in Garland, a little over an hour from Wilmington.

Now customers can enjoy dinner Friday evenings with their families in a beautiful outdoor setting located behind the main buildings, or take their dinner home.

“We’re usually here late on Fridays anyway, prepping for our weekend events,” Register said. “So we decided to give it a try, and so far, it’s been very well received.”

Register, whose cookbook, Southern Smoke: Barbecue, Traditions, and Treasured Recipes Reimagined for Today, was released in May, said the menu will vary each week, often featuring some of the fun and funky items he and his crew come up with for catered events.

So far they have offered shrimp and grits, smoked wings and a new smoked burger. Register said he anticipates bringing some Mexican foods into the mix, as well as some chowders and stews once the weather cools.

“We’ll continue to host these dinners throughout the fall until the weather gets too cold,” Register said.