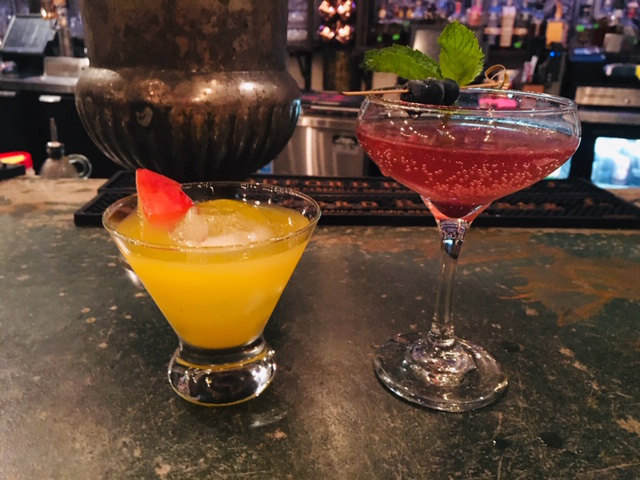 “The drinking social scene is ever-evolving, and we feel like it’s stopped being about catching a buzz and is more about having a good drink with your friends,” said Blind Elephant owner Ashley Tipper. “Whenever a customer leans forward and quietly says ‘Can you just make me something...you know, without the booze?’ they seem embarrassed or shy about not having an alcoholic drink. We want to take that stigma away and make The Blind Elephant a comfortable scene for everyone.

"No one should feel pressured to have an alcoholic drink in their hand.”

Tipper founded The Blind Elephant five and a half years ago, and was among the first on the downtown craft cocktail scene.

As more bars dedicated to cocktails have opened, Tipper said rather than creating competition, it has helped to fuel the public’s interest.

“Having more cocktail bars downtown hasn’t affected our numbers,” Tipper said. “As the cocktail scene grows, it pushes us to be at the top of our game and creates more customers.”

Tipper and The Blind Elephant staff create a new cocktail menu every two months. Each time a new menu is released, bartenders pull the name of a liquor (bourbon, gin, vodka, etc.) from a hat and have two months to create a cocktail for the next menu.

Tipper said they work together to test recipes and bounce ideas off one another. Once the recipes are close to being finalized, they often test them on regular customers to get their feedback as well.

The Blind Elephant’s new line of non-alcoholic beverages will change every two months, just as their regular cocktails do.

On Sunday, Aug. 11, The Blind Elephant will host a craft cocktail completion sponsored by Absolut Vodka. Six downtown bars, including Tails, Whiskey Tango Foxtrot and KGB, will seek the title of best Absolut cocktail. Patrons will pay $10 to sample six drinks and vote for their favorite.

Tipper is hopeful that the winner Aug. 11 will host the next round of competition and create an ongoing challenge.

“I think this friendly competition is a great way for bar owners and bartenders to support one another and help continue to grow our local craft cocktail scene,” Tipper said.

The Blind Elephant is located at 21 N. Front St.