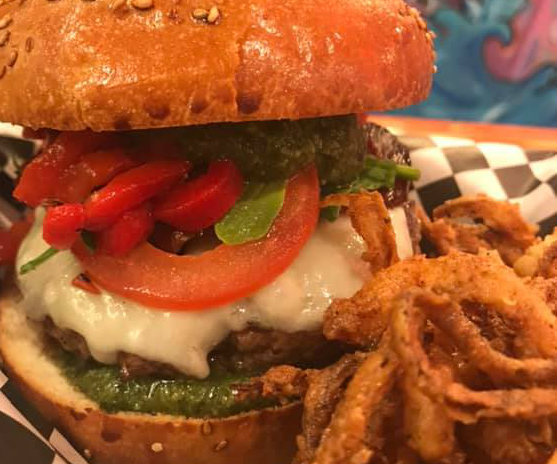 Anderson said he and Mancinelli weren’t necessarily looking to take on a new restaurant right away, but when the space next door to Bar Local became available with the closure of Stuffedwich, it was an opportunity they felt they couldn’t refuse.

Anderson said that people in Wilmington are crazy about burgers right now, and while he admits that while there are several great burgers to be found downtown, many of his competitors have long waits, especially on weekends.

“We’ve created a special blend of ground chuck, ground sirloin and top round beef for our patties, and have tried to create some combinations you won’t find on other burger menus,” Dustin Anderson said. 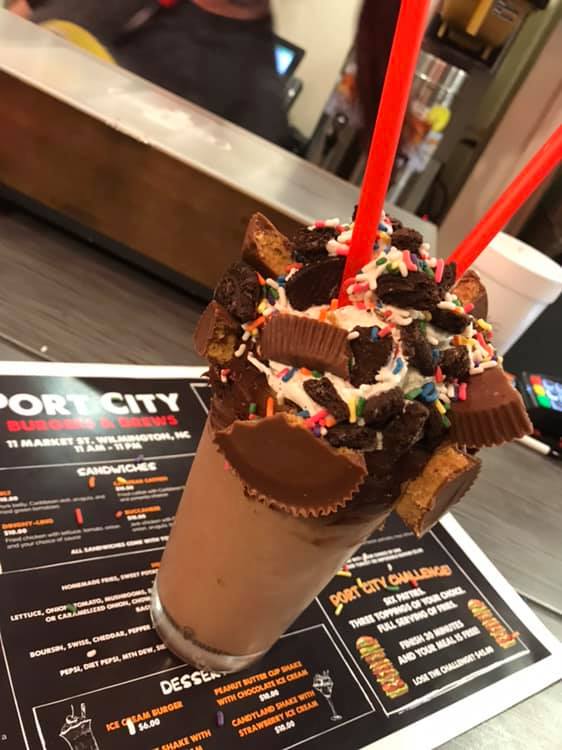 In addition to gourmet burgers, Port City Burgers & Brews also serves a variety of appetizers such as wings, conch fritters and fried clam strips, as well as salads and sandwiches. A full bar is available and kids and adults alike will want to check out the Oreo Cookie, Peanut Butter Cup and Candyland milkshakes which Anderson said have been so popular that at time his staff has struggled to keep up with the demand.

And if that’s not enough, Anderson and Mancinelli invite guests to take on the Port City Challenge, a six-patty burger weighing in at nearly 50 ounces of beef, a choice of three toppings, and full order of fries. It’s on the house for anyone who can manage to take it down in under 30 minutes.