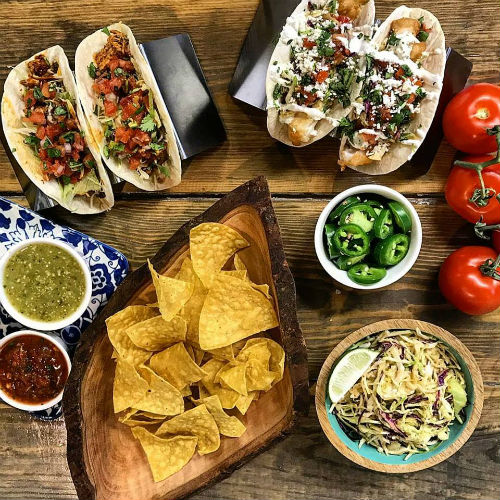 A Burrito Shak is expected to open on Carolina Beach Road south of Monkey Junction. (Photo courtesy of Burrito Shak)

Burrito Shak founder and CEO David Longo has announced that franchisees Amanda and Jason Fabbie of Hampstead are expected to sign a lease soon for 5916 Carolina Beach Road, just south of Monkey Junction.

Longo and his wife, Kara, opened Burrito Shak’s first location at 15489 U.S. 17 N. in Hampstead in July 2015, with the intent of developing a franchise once the restaurant was up and running.

And while Longo said he is still very hands-on at the Hampstead location, he is focusing heavily on growing the franchise regionally and supporting his franchisees.

In addition to the Fabbies, Logan and Jessica Sosa have signed a mulit-unit deal with Burrito Shak to open locations in Swansboro, Jacksonville and Morehead City.

Amanda Fabbie, a former Onslow County teacher, said that she and her husband were looking for a business they could run together once he retired from the military. While he is still on active duty, she will handle the initial day-to-day operations at Burrito Shak.

Her first job was as a server in high school, and she has worked in restaurants off and on since that time. It was at a Surf City restaurant that Fabbie first met Dave Longo in 2000, and she also worked with Kara Longo in the school system.

“Having known the Longos for a long time, and really taken our time getting to know how they run the business, my husband and I really felt that this was something we could do,” Amanda Fabbie said. “I’m a people person and have always enjoyed connecting with customers.”

The new location will take over the space currently occupied by Clean Eatz, whose lease is ending. Because the space is already outfitted as a fast-casual restaurant, the Fabbies do not anticipate extensive renovations, simply some cosmetic changes.

“My goal is to be open by Mother’s Day,” Amanda Fabbie said.