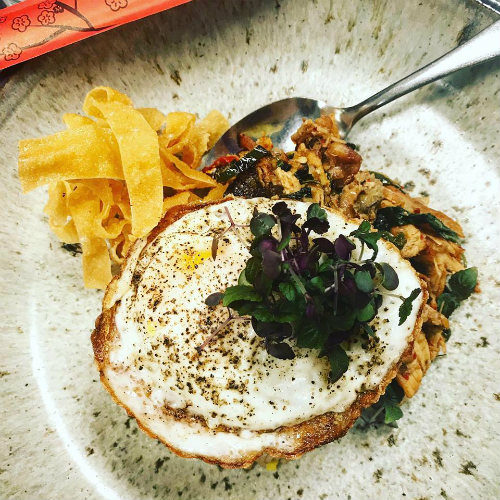 The first event, which takes place next week at Flytrap Brewing and highlights the food of Central Vietnam, is already sold out. But Rhodes said tickets for a Chinese New Year pop-up dinner planned for early February will go on sale sometime next week.

Rhodes said the pop-ups will take place every month until Phun reopens at the food hall that is planned for the corner of 10th and Princess streets off Market Street. Rhodes said the finishing touches are being made to the architectural plans, and he hopes to break ground on the project by the end of the month. If all goes according to plan, the hall is expected to open in June.

“We’re looking at about six or seven different vendors, including barbecue and an oyster bar,” Rhodes said.

In addition to Phun, Rhodes is also planning to operate a juice bar at the food hall.

As for the pop-ups, Rolled and Baked, 509 Castle St., has agreed to host the remainder of the current series, which focuses on the foods of Southeast Asia.

“Because they are not open in the evenings, it’s an ideal space for us to use,” Rhodes said. “We’re excited to work there because the space will allow the events to be more interactive, and it’s family friendly.”

Filming for a documentary highlighting the journey to the food hall will take place at each of the pop-up events, and a portion of the ticket sales will be donated to a local charity.

“We want to document this journey as a means of helping others who are interested in building food halls in other cities,” Rhodes said.

The upcoming Chinese New Year dinner will feature seven or eight courses, celebrating the Year of the Pig. Information and a link to tickets will be available through the Phun Seafood Bar Pop Up event page on Facebook.