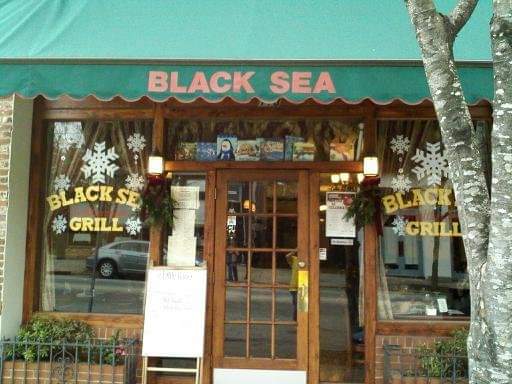 Cem and Kristin Aktas, who operate the restaurant with Kristin’s parents, John and Monica Murrisky, were forced to close in mid-June when a pipe in an upper level condo ruptured, causing significant damage to the restaurant.

It was two months before insurance claims were settled, and renovations began in August, only to be halted in September during Hurricane Florence.

“The storm did set us back a few weeks,” Cem Aktas said. “But thankfully it did not cause us any additional damage.”

Aktas said the family partnered with Magnolia Social Café following the storm to serve some of their specialties to first responders and those in need.

“We didn’t have a restaurant to serve out of but we had the time, the energy and the means to help, so it was important to us to support the community that has supported us,” Aktas said.

Aktas said the renovation required about 80 percent of the kitchen equipment to be replaced. To make sure that everything was up and running correctly, the restaurant offered a take-out menu to a local school last week so they could work out any kinks.

“Five months is a long time to be away from the kitchen,” Aktas said. “So we wanted to make sure everything was in place and running smoothly before we opened our doors to customers.”

This past weekend, the restaurant was fully booked for dinner reservations.

“We had no idea how many connections we had made over the past 10 years,” Aktas said. “The restaurant was full of regulars and the reception was incredible.”

The family-owned restaurant will celebrate its 10 years in business next month, but plans for an anniversary celebration have not yet been finalized.

Black Sea Grill is located at 118 S. Front St. and is open Tuesday through Saturday from 11:30 a.m. to 2:30 p.m. for lunch and 5 p.m. to 8:30 p.m. for dinner. It will be closed Christmas Day and New Year’s Day. Reservations are accepted and encouraged on weekends.