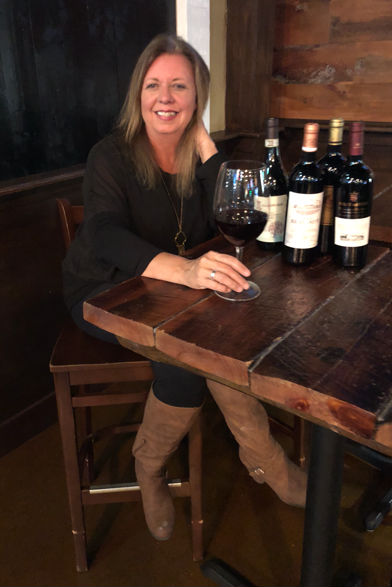 Amy Siler, a well-known name in the local wine scene, has plans to open a neighborhood wine shop in the Monkey Junction area.

Siler (pictured at left) recently signed a lease at 5226 S. College Road, Unit 9B, for Soif de Vin, which translates to “thirsty for wine” in French. The 2,000-square-foot location is in the same shopping center as PetSmart and Cape Fear Seafood Company.

Soif de Vin will combine retail and relaxation with a tasting bar and several comfortable spaces designed for sipping and conversation. The space will also be designed to host educational events. An early December opening is expected.

Wine and beer will be sold by the glass, and a 20-foot dinner table will allow Soif de Vin to partner with local restaurants and food trucks to host wine dinners.

“The philosophy is to offer a really good representation of wine from around the world,” Siler said. “We might not have 50 wines from Burgundy, but we’re going to have the best examples of Burgundy and that’s the same for every region. We’re also going to have some good values, wines you’re not going to find anywhere else and wines people are looking for.”

Siler is no stranger to the world of wine, having worked as a wine representative and buyer and in retail. She also has experience in the restaurant industry and is one of the founders of the Wilmington Wine & Food Festival.

“The biggest advantage I have is the experience I bring to the party,” Siler said. “Having worked all those different sides of the business, I know what the average customer is looking for, what’s going to resonate and what to have available when somebody walks in off the street and wants a good-value wine. I can also find higher-priced bottles as well.”

Targeting Monkey Junction due to the lack of similar establishments, Siler has been searching for the right location for Soif de Vin for several months. When her former employer, Ernie Manzella of Divine Wines, decided to close his shop this past July, Siler said he encouraged her to have a go at her own shop. Siler hopes to serve as a regular stop for Divine Wines’ former customers but also looks forward to creating relationships with other fellow oenophiles.