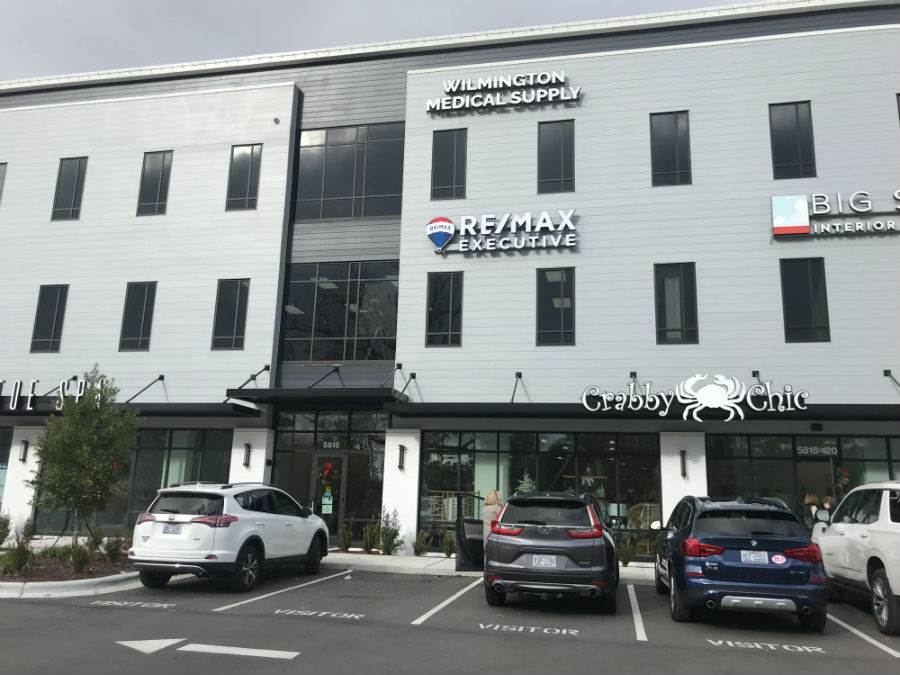 RE/MAX Executive plans to open a second Wilmington location at Bradley Creek Station on Oleander Drive. (Photo by Cece Nunn)
A residential real estate agency that opened an office downtown in 2018 is expanding its presence in Wilmington.

RE/MAX Executive officials are planning to open a second office in the Port City in 3,000 square feet in Unit 220 at Bradley Creek Station, an 80,000-square-foot retail and office building at 5815 Oleander Drive.

The Oleander Drive space will be the 15th office in the Carolinas for RE/MAX Executive, a firm headquartered in Charlotte. The company also has an office in downtown Wilmington at 115 N. Third St., Suite 103.

"There has been a lot of growth in downtown Wilmington, but we were trying to get into more of a residential area, a different part of Wilmington that probably has a different demography . . . the growth has been phenomenal in the last few years," said Hadi Atri, president and CEO of RE/MAX Executive. "And the second thing is that with the coronavirus going on, a lot of people are moving from the big metropolitan areas, and Wilmington is one of the destination areas."

Kourosh Sharifi, CFO of RE/MAX Executive, added, "Now, people can live where they want, not necessarily where they work. A lot of people are working remotely so they can work from home.  . . that market has always been one of the top destinations in the Carolina region."

Several other factors came into play in identifying the location for a second office, which RE/MAX Executive is purchasing. Those factors, Sharifi said, include visibility, parking and a good mix of other tenants.

Currently, in its downtown office, RE/MAX Executive has 25 agents, with the expectation of eventually having another 25 on Oleander Drive.

For the RE/MAX business model, Sharifi and Atri said, agents have an average of 10 to 14 years of experience in real estate and complete about 15 to 18 transactions a year.

"That's a lot higher than an average broker in the industry," Sharifi explained.

Construction on the Oleander Drive office is expected to be complete in February, with a grand opening potentially held in March.

Eventually, the company could grow even more in the Wilmington area, and officials have included Leland and Carolina Beach in their research.

"It will probably be something that we're going to keep looking at for the next 12 months before we make a decision," Sharifi said, "but definitely we have an appetite to grow in that market as opportunity comes."