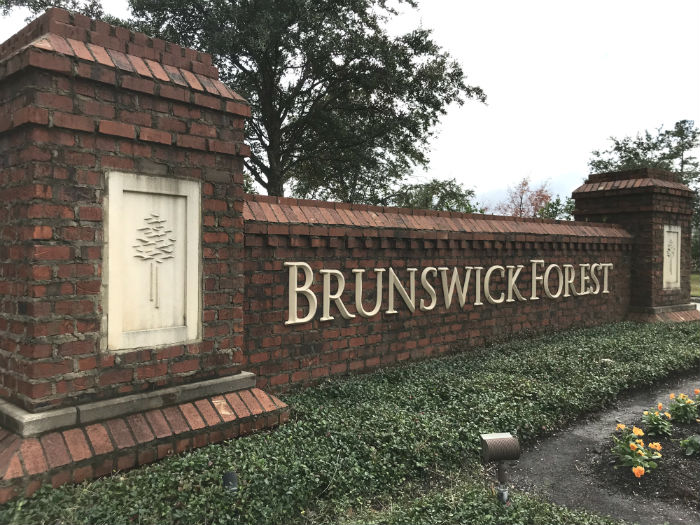 That’s according to an Oct. 27 update from developer Jeff Earp of Funston Land & Timber to Brunswick Forest residents.

The update also said that “the Developer will continue to remain as the Declarant of Brunswick Forest and in control of the Brunswick Forest Master Association and the developer-appointed Board of Directors for many years” as the sell-off takes place.

Reached Monday, Earp had no further comment on the update.

The update does not say exactly how many developable acres are left of the 4,500-acre master planned development in Leland, but mentions current or future plans for nearly 1,000.

More than 3,000 lots have already been developed in Brunswick Forest.

Another portion of the update appears to provide some insight as to why the sell-off is happening now:

"With regard to the preferred builder program, this is projected to continue, and the current builders will continue building in Brunswick Forest and some may provide their own sales and marketing in conjunction with Jerry Helms’ organization."

Efforts to reach Helms were not immediately successful Friday or Monday.

The update said that next year, the majority of residential development will be in Phase 9, “which is the area across the railroad and beyond the water tower behind Park West, and to the left of Egret Cove. Funston has entered into a contract for Heron Pointe where a single builder will be buying 202 lots, closing on half of them this year and the remaining half in 2021.

“Our current focus will be on developing additional lots in the Phase 9 area. Just before the water tower, on the right across from Park West, there will be about 82 lots, where the plan is to break ground in the next 60 days."

Those lots will be sold to a builder once infrastructure construction is completed, according to the update.

In one of the biggest potential developments mentioned in the document, a contract is being finalized with another developer that would build a neighborhood separate from Brunswick Forest, on about 400 acres, with the possibility of constructing 1,000 homes.

“It will have its own contained amenity package and Association. Access will be off Kay Todd Road, off Hewett-Burton Rd, and Hwy 17, and also out through the traffic circle. This is currently projected to break ground next fall, with home prices likely in the $300 - $400[k] range,” the update stated.

The Brunswick Forest Master Association Architectural Review Committee, according to the update, will continue to establish design standards for each neighborhood and review designs from individual builders for the neighborhoods within the master association.

Other highlights included in the update: The update also includes commercial development plans, including a new restaurant space and more.