Buyers Still Snapping Up Homes In The Region, Realtors Report 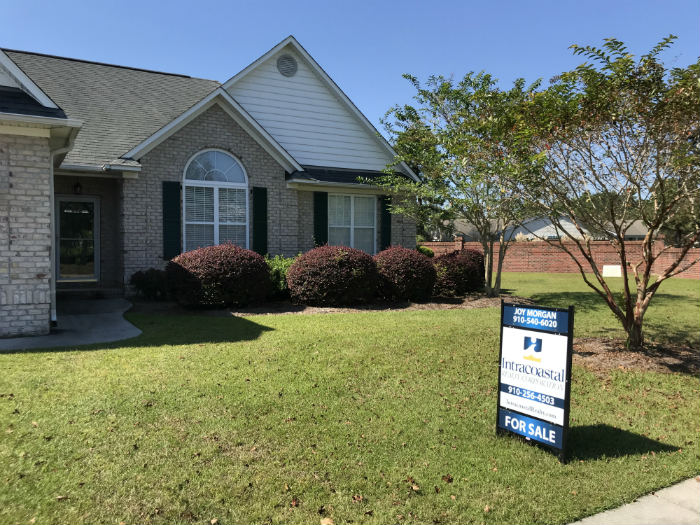 A home for sale in a neighborhood off Military Cutoff Road. Pending sales climbed nearly 72% in the region in September. (Photo by Cece Nunn)

The Cape Fear region's housing market was still thriving in September, according to the latest report from Cape Fear Realtors.

“The housing market has continued to see strong growth, but the lack of inventory has been problematic,” said CFR President Tony Harrington in a news release Thursday. “Policymakers will need to continue their efforts to create more housing supply to meet this long-term demand.”

The report stated that the tri-county area of New Hanover, Brunswick and Pender counties had record breaking growth in closed sales, which were up 50%, pending sales and new listings.

"The slew of pending transactions from August have converted into 1,404 closed sales in September, marking the fourth consecutive month of positive home sales in our region," according to the report.

The median sales price for single-family homes and townhomes/condos combined grew by 10% year-over-year, to a new high of $275,565, the report stated.

The fastest selling properties are prices at $150,000 and below, which are sold within 49 days, according to the report. Properties priced over $450,000 led the way among all housing segments with 62% over September 2019.

Lawrence Yun, the National Association of Realtors' chief economist, stated, "Further gains in sales are likely for the remainder of the year, with mortgage rates hovering around 3% and with continued job recovery."