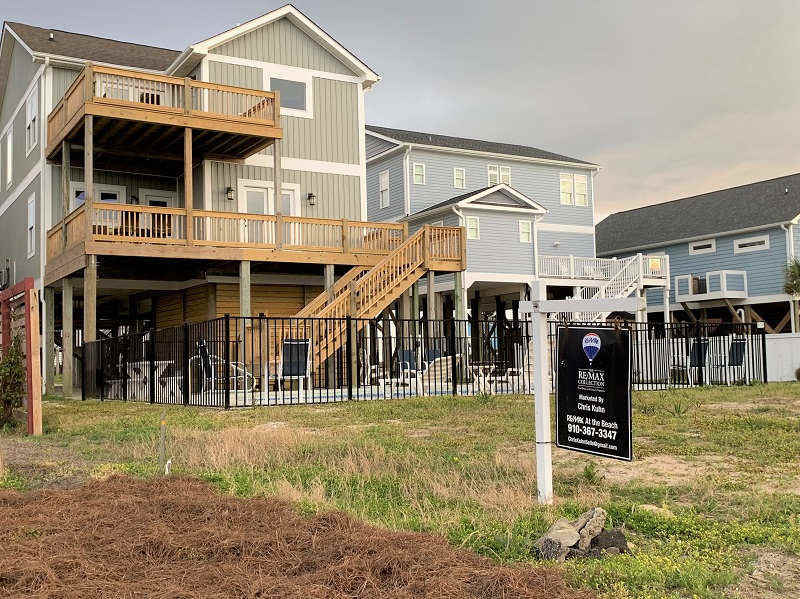 The Brunswick County residential market saw its highest single-month sales for the number of units sold, jumping nearly 13% from 491 in June 2019 to 553 this June, according to a report by the Brunswick County Association of Realtors (BCAR).

"I could not find another month in 15 years where we sold that much in one month," BCAR CEO Cynthia Walsh said Thursday.

“June’s sales numbers are so high that I had to do a double-take to make sure I was reading them correctly,” Walsh said in the report. “It took six months of total sales in 2012 to outpace last month alone. Our market has bounced back from the effects of COVID-19 and then some.”

The BCAR report takes into consideration all types of residential properties, including single-family homes and condos, Walsh said Thursday.

BCAR saw residential real estate figures dip in May, which Walsh attributed to a market slowdown due to the COVID-19 pandemic.

June's figures could likely reflect a build-up of sales that were slated to happen between April and May. Another factor in the June increase is the number of people flocking to Brunswick County and low mortgage rates, she said.

"I think the other big part is that we are just seeing that many people that want to live here," Walsh said, adding that people are likely coming in from other parts of the state such as Charlotte or Raleigh, or the Northeast.

"What I am hearing from Realtors is we have people buying what we would typically consider investment [properties] or a second home. So they are buying in these beach communities where they have this viable rental income that they could produce from the summer months," Walsh said. "I think ... everybody is buying them because it's what you can do and feel safe."

"While interest rates are at an all-time low, we’re seeing buyers using this as an opportunity to invest in real estate," CFR President Tony Harrington said in an email Thursday.

"We have seen continued growth over the years with a diverse group of homebuyers coming to our area which we welcome and appreciate," he added. "This region is highly desirable for buyers because we’re located perfectly between the north and south with coastal living that experiences all four seasons."

June's tri-county combined sales -- including single-family homes, townhomes and condos in New Hanover, Pender and Brunswick Counties -- had a significant rebound in pending sales, a 56% increase from 1,104 in 2019 to 1,724 last month.

“There is a real resurgence in market activity. Buyers are taking full advantage of the record low mortgage rates and sellers are receiving multiple offers,” said Harrington in the release. “We continue to gain traction in home sales and selling prices while our inventory is low. The pressure on limited inventory is not a new element seen in our market and is one we continue to monitor closely.”