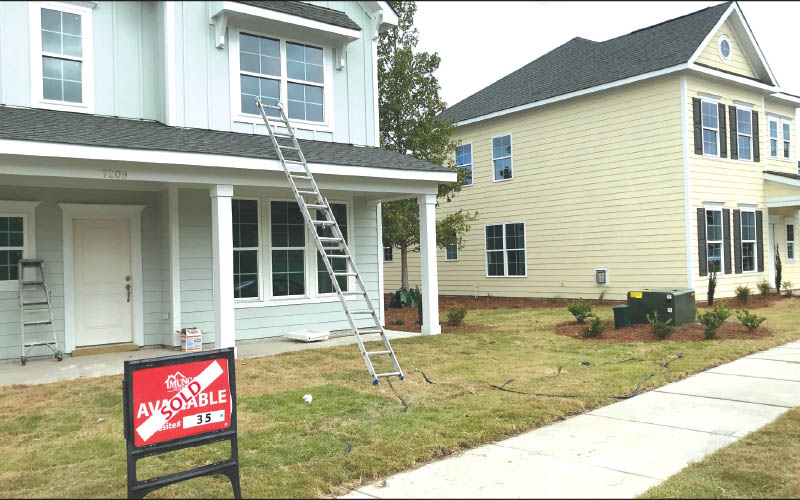 Home sales in the Wilmington area were on track as of November, according to Cape Fear Realtors statistics, to outpace last year.
As of the end of November, the residential real estate market appeared headed for another record-breaking year in 2019.

Realtors and other industry professionals said historically low mortgage rates continued to fuel home sales, even as they entered the usual end-of-the-year slowdown.

The number of homes sold in the region that includes New Hanover, Brunswick and Pender counties rose from January to November to 10,889, a more than 3% increase, according to N.C. Regional Multiple Listing Service statistics compiled by Cape Fear Realtors.

“Historically low mortgage rates continue to contribute to strong buyer demand, as rates remain down more than 1 percent from last year at this time,” said Sherri Pridgen, CFR’s 2019 president, in a news release in early December. “The pace of sales is an impact to available inventory; however, there will be strong sales in the coming months as long as supply can keep pace.”

In November, closed sales jumped nearly 11%, to 893, compared to November 2018, making it the best November on record, CFR reported. Homes also continued to sell fast in November, lasting an average of 25 days on the market compared to 47 last November. The average home sale price rose 9.5% over November 2018 to $320,874.

The luxury home market by itself also broke records this year. In November, a Figure Eight Island home closed for just under $4.7 million, becoming the fifth house to sell in New Hanover County this year with a price tag of $4 million or more, according to a report from Wilmington-based Just For Buyers Realty.

“The previous high was set in 2017 when four $4 million homes sold,” the report stated.

The 5,700-square-foot home is located at 4 Beach Road South and has five bedrooms, six bathrooms and views of the ocean and the sound. The house was listed by Buzzy Northen of Intracoastal Realty.

“This has been the best year we’ve ever seen for the higher end of high-end homes” said Kathleen Baylies, broker in charge of Just For Buyers Realty. “Not only did we set a new record for $4 million sales, we also tied a record for $3 million sales. Thirteen such homes have sold so far this year in New Hanover County, and that ties the mark set in 2006, which was at the height of the market.”
For a full list of the top stories of 2019, click here.