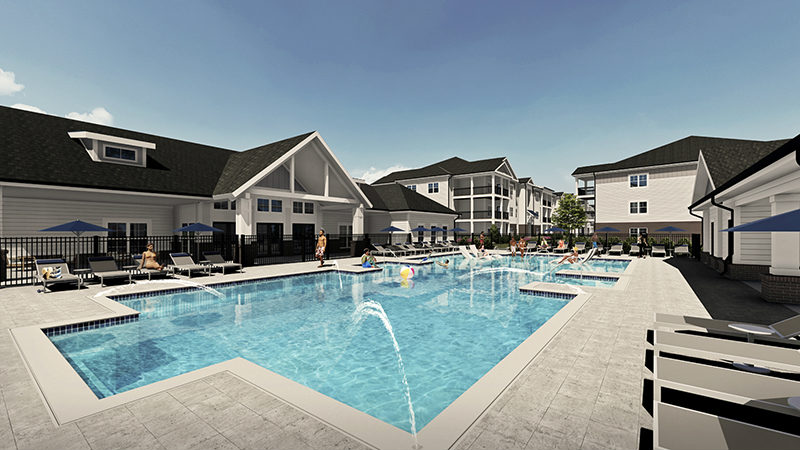 A rendering shows the saltwater swimming pool planned for Waterleaf at Leland apartments. (Courtesy of Capstone)
A South Carolina-based apartment investor and developer recently bought 16 acres on U.S. 17 in Leland's Westgate community with plans to build 248 luxury apartments, according to an announcement Thursday.

The apartment community will be called Waterleaf at Leland. Charlotte-based apartment brokerage firm Capstone sold the property on behalf of the Westgate development team and procured the buyer, Graycliff Capital Partners LLC, headquartered in Greenville, South Carolina, according to a news release. The sale price was not disclosed.

Graycliff plans to build a Class A apartment project with 248 units featuring studios, one-, two-, and three-bedroom apartments, the release stated. 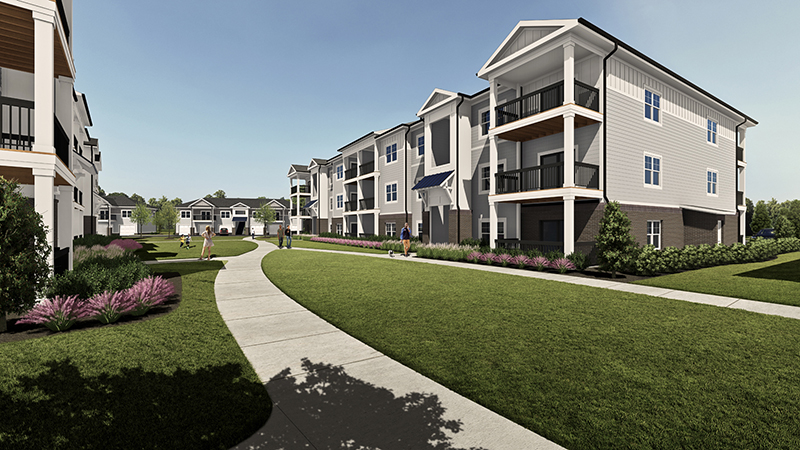 Amenities are expected to include a bike and kayak barn, 24-hour fitness center, dog wash station and dog park, a saltwater swimming pool and a package concierge system including refrigerated storage, according to the release. 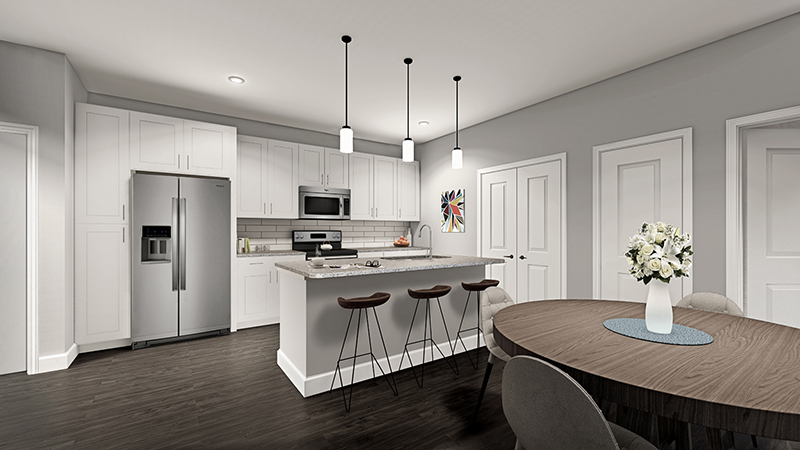 Residents will be in walking distance of adjacent Leland Town Center, which includes a new Aldi, Chick-fil-A and Starbucks, as well as have direct access to Westgate Nature Park, the release stated.

Capstone’s Caleb Troop and Brian Ford represented the seller in the transaction.

“It is incredible to see the continued growth along this stretch of Highway 17 in Leland,” Troop said in the release.

The announcement of the newest residential phase of development in Westgate "speaks volumes to the appetite for smart, environmentally-conscious growth in our corridor,” according to a statement included in the release from Nathan Sanders and Mark Maynard, developers of the 550-acre Westgate community.

Paul Aiesi, principal at Graycliff, stated in the release. “The abundance of commercial activity, soaring population growth, and proximity to downtown Wilmington drew us to this location. There is demand in the submarket for a true Class A, market-rate rental community with best-in-class amenities and luxury finishes for residents.”

Since 2010, Graycliff has acquired and developed more than 9,428 apartment units, executing approximately $1.4 billion in transactions.