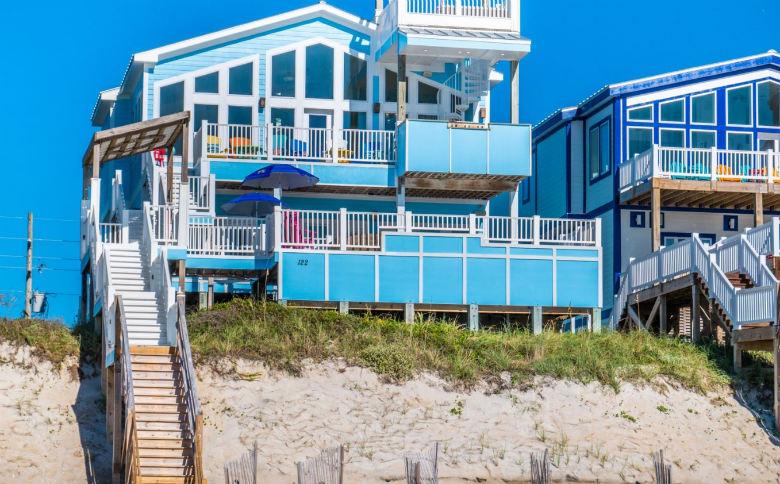 The home at 122 N. Shore Drive in Surf City on Topsail Island is for sale at an asking price of $2.55 million. (Photos courtesy of Landmark Sotheby's International Realty)

Luxury homebuyers spent their dwelling dollars in Pender County more often over the past two years, according to a report released Thursday.

In that time, 20 homes with a price tag of $1 million or more sold in Pender, topping the combined number of luxury homes that sold in the previous decade, according to a report compiled by Kathleen Baylies, broker in charge of Wilmington-based firm Just For Buyers Realty.

“Pender County offers many things that attract buyers in all price ranges,” Baylies stated in a news release. “The taxes are lower, and the Topsail school district gets really high marks, and the Pender beaches are receiving positive national attention.”

In June, Realtor.com ranked Topsail and Surf City (part of Topsail Island, which falls in both Pender and Onslow counties and in the Jacksonville MSA) as the most affordable beach community of 2019. The story was picked up by a number of media outlets across the state and country, Baylies said.

“Even luxury buyers are looking for good buys,” she said. “The attention Pender County attracted this year is good for the entire area. It helps get the word out about life in the Cape Fear Region, and I think a lot of people who were considering retiring or relocating to another part of the country, are taking a closer look at the North Carolina coast to see what we have to offer. 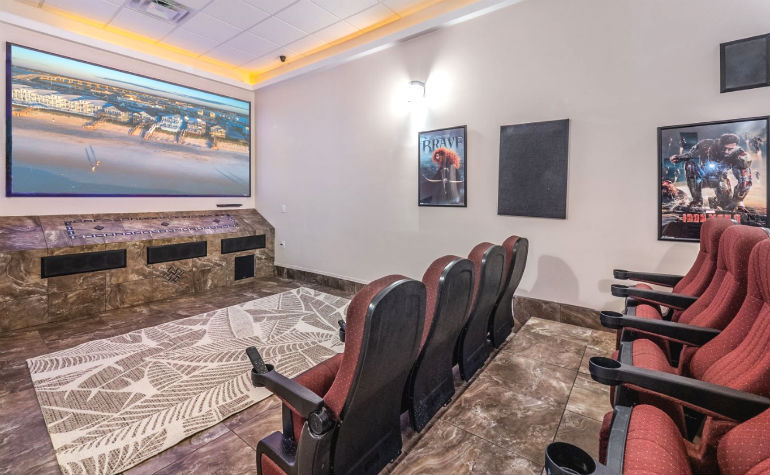 In addition to the 20 luxury homes that sold in two years, another 20 homes with an asking price of $1 million or more currently on the market in Pender County, the report stated.

One of the most recent listings is 122 N. Shore Drive in Surf City, with an asking price of $2.55 million.

"The 6,056-square-foot, oceanfront home is currently the largest existing house for sale in the county. The property, listed by Nick Phillips of Landmark Sotheby’s International Realty, includes 10 bedrooms, with 10 full bathrooms and 2 half baths," according to the report. "It also features a movie theater with a 140-inch screen and theater seating for 18 guests (pictured above). Off the main level are two heated swimming pools, and above that is a rooftop hot tub."

In October, the luxury market throughout the tri-county remained busy, with Brunswick County seeing a noticeable increase in sales year-to-year, the report stated.