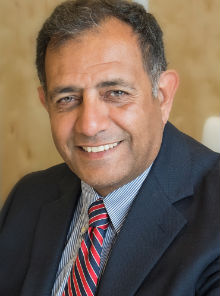 A Realtor has to log into multiple computer programs and websites from the earliest stages of a home sale to its completion, resulting in a process that can be cumbersome.

But a local technology startup that has partnered with Wilmington-based Intracoastal Realty, one of the largest residential real estate firms in the area, aims to change that.

Flow ROI, created by CEO Sam Ibrahim, is “an all-in-one real estate platform that the agents can log into and they can complete their entire relationship,” Ibrahim said.

Ibrahim spent nearly two decades working in IT for Intracoastal before striking out on his own to create Flow ROI, working out of Wilmington incubator tekMountain. Flow's growth led to the addition of Chief Revenue Office Alistair Canal.

It has also led to a formal alignment with and launch within Intracoastal Realty. Officials with Intracoastal, founded in 1976 by Jim Wallace, announced the real estate company’s partnership with Flow ROI to agents this week.

“Intracoastal is now the largest stakeholder in the company,” said Trey Wallace, president of Intracoastal and son of Jim Wallace. “So we have made a strategic alignment with Flow to build something that I think will be unique in the real estate technology space.”

Flow streamlines the transaction process by combining a number of programs Realtors use, such as DocuSign, zipForms, Flexmls and Realist. Flow also will be able to incorporate Intracoastal’s own transaction tools, such as postcard and newsletter databases, officials said.

“What we want to do with Flow, which is the center of the transaction, is take our best-in-class products and plug them into it,” Trey Wallace said. “We see Flow as the hub from which all of this data can be disseminated to the best-in-class products that we have and reduce the amount of work that an agent has to perform to maintain these different products.”

He added, “It’s really going to become the backbone of our organization.”

Another important facet of the program for Intracoastal officials, Trey Wallace said, is that Flow’s size allows it to add features that the company comes across as agents start to use it more.

“What makes this work is that we can be nimble,” he said.

In addition to Ibrahim and Canal, Flow ROI has two part-time employees and a four-person development team, but Ibrahim said the firm was able to contract with 27 people when the product was in heavy development over the summer.

“As we grow in terms of the number of subscribers, we will have the needed support,” Ibrahim said.