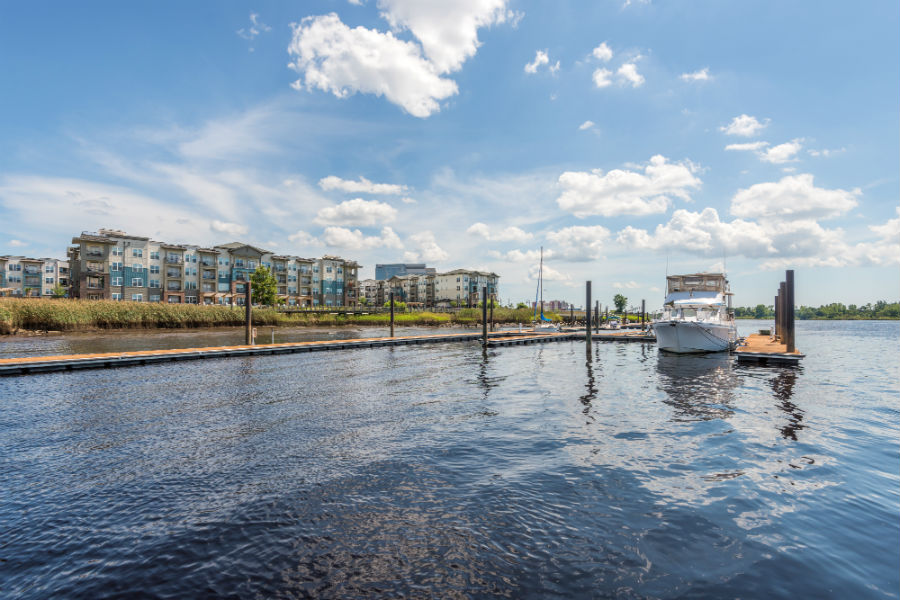 It's the highest sale recorded in New Hanover County this year as of July 10, tax records show, and likely to be one of the highest sales of the entire year. The full price was $65.25 million.

In Wilmington, Chaucer Creek Capital (CCC) also owns Mayfaire Flats on Sir Tyler Drive and is a partner in the development of upcoming downtown apartment community The Flats on Front, on land in front of Sawmill Point. CCC's website also lists the Headwaters at Autumn Hall apartment complex off Eastwood Road as one of its assets.

Built in 2017, Sawmill Point at 15 Cowan St. includes marina access, one- and two-bedroom units on 3 acres of green space fronting 815 feet along the Cape Fear River and direct gated access to the 1.8-mile Riverwalk.

The seller was The Davis Companies of Boston, an owner and developer of residential units across the eastern United States and a joint venture with Gemini Partners LLC, an entity consisting of Capital Properties, The Wills Companies, Fideli Investments and Symphony Properties LLC.

Cary-based Symphony Properties represented the venture as the developer in the transaction with CCC, according to the release.

“The Symphony team developed a remarkable asset with amenity offerings and interior finishes unrivaled in the Wilmington market," Okulski stated in the release. "They truly set the bar for future downtown development."

Okulski added that Chaucer Creek "successfully leveraged their market expertise to acquire this unique, best-in-class apartment community in one of North Carolina’s most dynamic downtown settings. Both parties have been early movers in the Wilmington market, which has attracted increased investor and developer interest there given its positive fundamentals and growth trends.”

And the city is expected to continue to grow, the release stated.