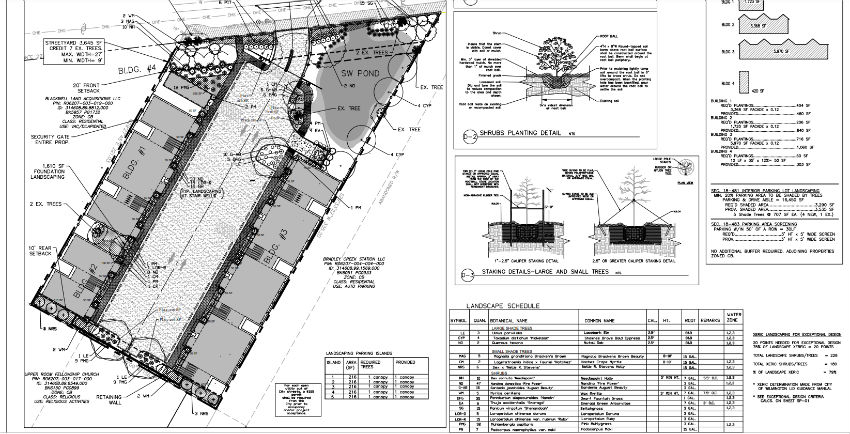 One of those developers, Tony Ivey, said Tuesday that units on the top floor of the buildings at the apartment complex, called The Lofts at Park Ave. on site plans, are expected to include lofts.

The proposal also calls for a 420-square-foot commercial building incorporated into the community, planned on a .97-acre site, that could hold something like a real estate office or coffee shop, Ivey said.

The three apartment buildings would be three stories each. Ivey said he and John Cockrum are working on the development via TC Ivey Properties LLC.

The Lofts at Park Avenue is near another project in the works, Bradley Creek Station, an office and retail building planned in the 5800 block of Oleander Drive. Ivey said that while he's owned the land for a while, he wanted to hold off on planning a project there until Bradley Creek Station got underway.

"It seems like Oleander [Drive] is really on the upswing, with all the new construction and things getting improved, so I think that's the next area that's coming online for Wilmington," Ivey said.

Although still in the planning process, Ivey said the developers hope to start construction in the next three months or so, with the work expected to take 12 months. He said although rents have not yet been set for the community, they will likely not be as high as those of some other luxury apartments near Wrightsville Beach.

"We're trying to hit that market that's maybe a little less expensive than a Mayfaire or Autumn Hall [apartment]," Ivey said, "but have the nice amenities as far as the building goes and details like granite and crown molding, things like that."

The city's Technical Review Committee is scheduled to discuss the apartments at its June 6 meeting, according to the city's project tracking website.