In Downtown Wilmington, The Flats On Front To Add 273 Apartments 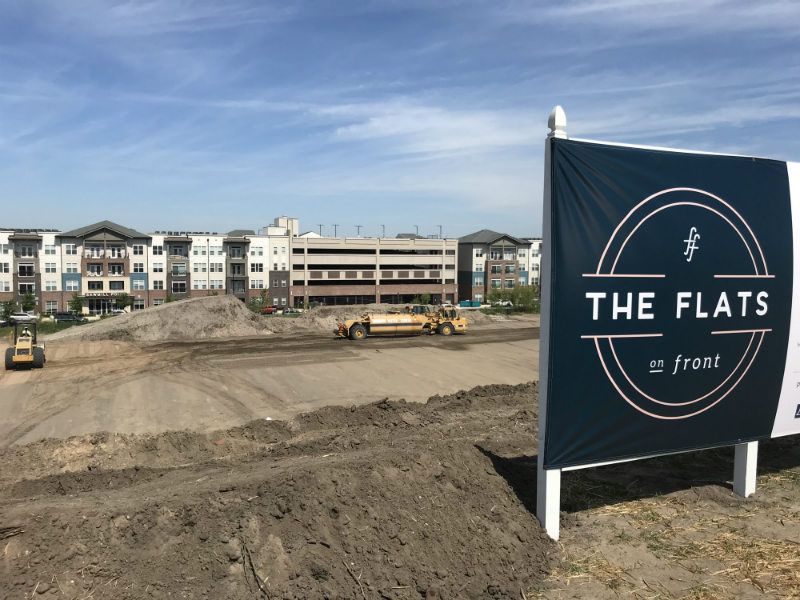 Crews work Thursday to clear the site in front of Sawmill Point Apartments that will hold a separate apartment project, The Flats on Front, in downtown Wilmington (Photos by Cece Nunn)

The developer and local officials marked the beginning of a 273-apartment project Thursday morning in downtown Wilmington, hailing The Flats on Front as a source of housing for the area’s growing population.

D. Porter Jones (pictured below at left) of Charlotte-based DPJ Residential said clearing for The Flats on Front is under way by crews with builder Clancy & Theys Construction Co. The project site is nearly 6 acres at 111 Cowan St. in front of a separate apartment development, Sawmill Point.

“We expect to open our first units in May of next year,” Jones told those gathered during a groundbreaking ceremony hosted by Wilmington Downtown Inc. 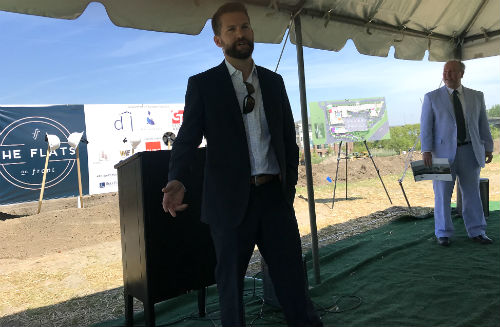 The Flats on Front, a joint venture partnership between DPJ Residential and Chaucer Creek Capital, is not the first Wilmington project for Jones.

“We invested in Wilmington in 2015; we bought some land over near Mayfaire Town Center and at that time we were wondering what we were missing because it seemed like a no-brainer,” Jones said of the site on Sir Tyler Drive that now holds the 240-unit apartment community Mayfaire Flats.

The land for Mayfaire Flats had been zoned for office and industrial use with a medical office building planned there at one time that never got developed, Jones said. DPJ Residential built Mayfaire Flats there instead and has seen success with the project, he said.

The first building at The Flats on Front will hold 46 units and the second will hold the remaining 227. The project also includes a pocket park on city-owned land, a dog park, a pool, a private parking garage and 15,000-square-feet of amenity space inclu 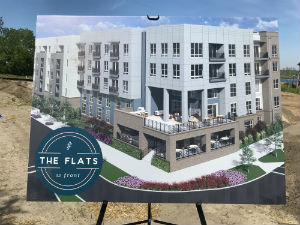 ding a party terrace with an outdoor kitchen that will overlook the city’s upcoming North Waterfront Park.

Wilmington Mayor Bill Saffo said when people ask why so many apartments are being built in Wilmington, “I say because all these people are willing to move here.”

The Flats on Front isn't the only apartment project under way near the Cape Fear River's northern riverfront. Others include Pier 33, a 286-unit project in front of Port City Marina where construction began earlier this year.

Projects like The Flats on Front, Saffo said, continue the investment local officials and private entities have made in downtown Wilmington, with the riverfront along the northern Cape Fear River being one of the most recent areas to benefit from that investment.