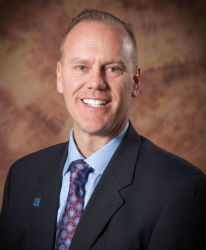 CFR released Oldroyd as CEO of the association Jan. 20, according to a statement from CFR on Jan. 22. Association officials in the statement said they had decided "to pursue a different course in management." Jo Anna Edwards, who has been with CFR for 27 years, was named interim CEO.

CFR is currently working with a search firm to determine candidates for the CEO position, said Chris Sinclair of Raleigh communications firm Sinclair Public Affairs, who worked with CFR on the announcement of Oldroyd's release.

With his new position, Oldroyd remains in the real estate industry; over the years, the Carlisle family of businesses has been working on the planning and development of 25 subdivisions in North Carolina.

Oldroyd brings his years as a Realtor executive and government affairs advocate to the table, the announcement stated.

Benjamin Rivenbark, who has been a local business manager, has also joined the Carlisle team, according to the news release.

“Taylor and Ben bring a wealth of experience to our team,” said Lisa Beaman, Carlisle vice president, in the release. “Believe it or not, land development is a relationship business, and we welcome these two young professionals to our team. Oldroyd understands the dynamic issues facing housing and Rivenbark understands business operations; their energy and skills will help us deliver an exceptional product for numerous local and regional builders.

About Rivenbark, Beaman said he grew up in North Carolina "and understands the area, the needs of a small business, and the rigors of delivering a quality product."

Oldroyd's hiring by Cape Fear Realtors was announced in 2017, and before that, he served as a Realtor association executive in Montana and Utah. The release stated that Oldroyd also served in the Bush Administration as a congressional liaison for the USDA Conservation Service and Forest Service. He is a graduate of Brigham Young University with a master's degree in public administration and a bachelor's degree in political science.

“The Carlisle team is lucky to secure Taylor’s services,” said Jonathan Barfield, chairman of the New Hanover County Board of Commissioners and a Realtor, in the release. “He arrived on the scene and quickly elevated the Realtor voice in the community while promoting a strong economy. I’m glad I’ll have the chance to continue to work with him on issues impacting the availability and affordability of housing.”

Carlisle, a native of Chapel Hill, started in the real estate industry by building apartments in his hometown and communities that include Charlotte, Savannah and Raleigh.

"His small team now partners with numerous builders offering more than 5,200 housing units. The Carlisle Team is made up of numerous entities including KG Plaza LLC, E85 Transport LLC, and Hoosier Daddy LLC," the release stated.