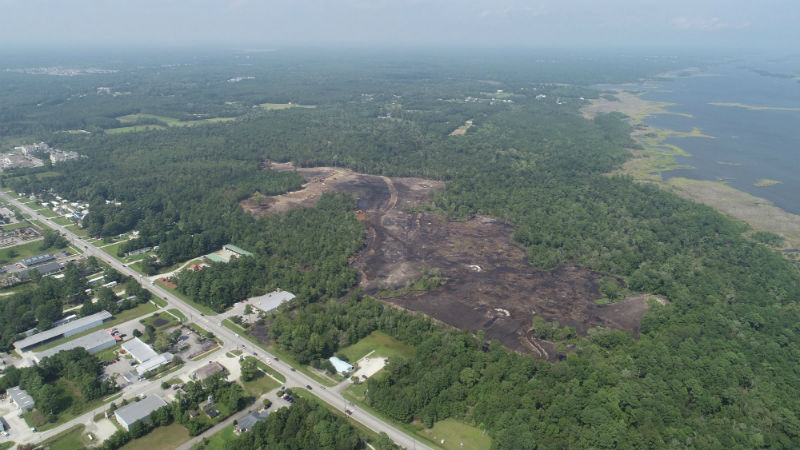 D.R. Horton has a contract to purchase part of Waterside, a single-family housing development in Surf City to develop 170 lots. (Photo courtesy of Trez Forman Capital Group)
Plans for a residential home development in Surf City are moving forward with a $20 million loan to develop 415 single-family homes at the intersection of Belt Road and N.C. 50.

Surf City Properties LLC borrowed $20.8 million from Trez Forman Capital Group to pay off a previous $2.5 million loan provided by Trez Forman for the land purchase and to cover development costs for construction of the homes, according to a news release.

The development, known as Waterside, was previously owned by Coterra until Surf City Properties purchased the 197 acres for $7 million in May.

D.R. Horton, a homebuilder, has a contract to purchase 170 single-family lots at Waterside from Surf City Properties, which plans on securing another buyer for the remaining 245 lots.

“This transaction continues our aggressive push into North Carolina neighborhoods that have substantial opportunities for new development,” said Brett Forman, president and CEO of Trez Forman in a news release. “It is exciting to expand our relationships with our developer borrowers and continue to support their transformative projects.”

The property was previously approved as a Planned Unit Development with zoning that allows up to 3,200 single-family homes and multifamily units.

Surf City is particularly attractive to buyers from the nearby Marine Corps Base Camp Lejeune facility, which has more than 47,000 personnel. It also serves as a convenient in-between location for families working in Jacksonville and Wilmington, stated the release.

Surf City Properties is based in Daphne, Alabama, the company has worked on other North Carolina developments, including Collins Ridge in Hillsborough.