Housing Market: When History's For Sale 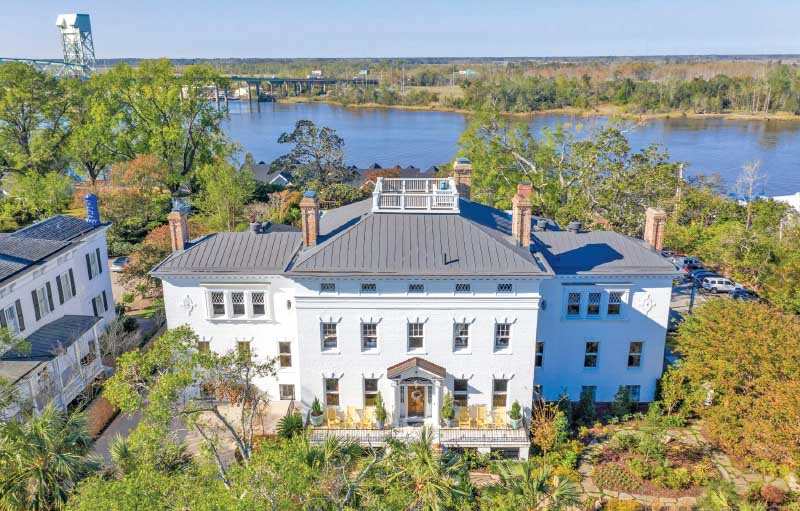 The Dudley Mansion, 400 S. Front St. in downtown Wilmington, was listed for sale as of press time for nearly $3 million. (Photo c/o The Carolinas Finest)
Homebuyers in the market for a historical dwelling seem to have at least one thing in common: a love of storied structures, big or small.

One of the most unique and notable historic homes on the market this month (as of press time) in Wilmington is the Dudley Mansion at 400 S. Front St. in downtown.

The listing price is nearly $3 million.

In the 1880s, it was purchased by Pembroke and Sarah Jones of Airlie Gardens fame and was also owned by cotton exporter James Sprunt, among other well-known North Carolinians.

The current owner is Kimberly Hayden, who has lived there for about five years, moving in after a yearlong renovation project.

The decision to sell has been “very difficult because I love this home, and it’s been like a family here on this road for us with just truly amazing neighbors and an incredible property,” said Hayden, who attended the University of North Carolina Wilmington and whose parents live here.

Jessica Edwards of The Carolinas Finest team of Coldwell Banker Sea Coast Advantage is the listing agent for the Dudley Mansion.

She said Hayden won a historic preservation award for the work she put into the home, which is listed on the National Register of Historic Places and has three formal living areas, six bedrooms, eight bathrooms and a furnished basement.

It also sits on nearly an acre of land overlooking the Cape Fear River.

The list price reflects its uniqueness, Edwards said, and there’s been a lot of interest in it from potential buyers, including from different parts of the U.S.

“There’s been a lot of inquiries into the extent of the architectural changes she [Hayden] has done and excitement overall that there’s this property in Wilmington that’s available,” Edwards said.

While the Dudley Mansion is a unique case, not all historical homes on the market are on the national registry; nevertheless, potential buyers have shown interest.

One example is a small, older home under contract at 512 S. Fourth St. (below), listed by Realtor Doc Hamm of Coastal Properties in Wilmington. 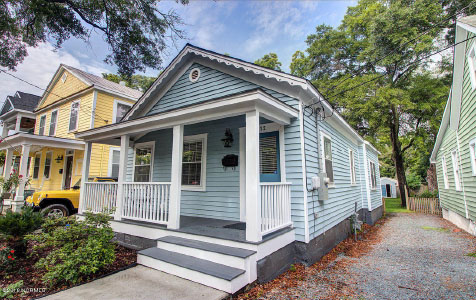 “It’s only 975 square feet, and I bet you we’ve had 50 people looking at it and have had competing offers,” Hamm said. “And the only reason it hasn’t sold 20 times is it’s just a tad too small for them.”

There’s a lot of demand for old homes, especially in downtown Wilmington.

But taking care of an older home requires more than just the means, Hamm said. It also requires the wherewithal.

“I was actually showing it to a client, and he thought it was just too much renovation for him, and I got to thinking about it, and I said, ‘Well, I have some investment funds in a different entity I control,’ so I bought the house and did a total, complete renovation,” Hamm said. “I hired an architect here in town who redesigned the rear of the house because termites had eaten it up so the back of the house was falling in.”

After the total renovation, “it sold the second day it was on the market,” Hamm added.

Hayden bought the Dudley Mansion in 2013 for nearly $1.25 million after falling in love with it at first sight. The property once housed the Wilmington Elks Lodge and later, the Historic Wilmington Foundation, which is now located in a historic home on Market Street and has some for sale listings of historical homes on its website.

When Hayden first saw the mansion, it was in foreclosure, a bankowned property.

“I just saw so much amazing potential in this home,” she said. “It just blew me away how much space there is, how much of the original had been preserved. I knew that I could take some of the things that had been done to it and make it a family home.”

“A property like this, it could sell very quickly, or it could take a while,” Edwards said of the Dudley Mansion.

“It’s a very specific home. There’s a lot of outreach that goes into. We’re doing international marketing through [Coldwell Banker] Global Luxury … it’s a lot more than just advertising locally or even just nationally. It’s more of a global presentation.”