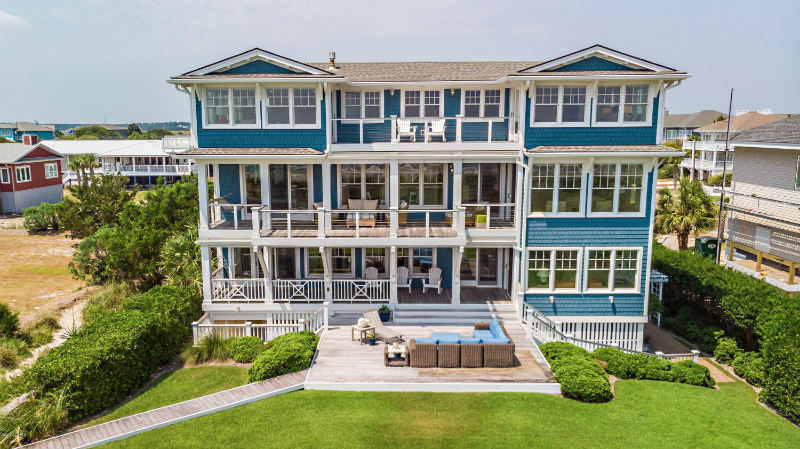 The New Hanover County luxury market has started off this year with its best January home sale numbers in more than a decade, according to a report released this week.

Eight luxury homes in New Hanover, with price tags of $1 million or more, sold during the first month of 2019, stated a report by Kathleen Baylies, broker in charge at Just for Buyers Realty in Wilmington.

"That far exceeds last January when only three such homes sold," the report stated.

The total value of the eight homes was more than $10.5 million. According to the report, the last time January luxury numbers did this well in New Hanover was in 2008, when eight luxury homes sold for a total of about $14.5 million.

“Those are strong numbers,” Baylies said in a news release. “But what’s really interesting is the number of high-end homes that went under contract [11 in New Hanover] in January, because that bodes well for February and March.”

They include four homes that had listing prices above the $2 million mark, the report stated.

According to Baylies, the most expensive home that went under contract in January is at 14 Southridge Road in Wrightsville Beach, with a listing price of $4.25 million. The oceanfront home is more than 5,200 square feet with two master suites, four additional bedrooms and a bonus room on the fourth floor.

Another 15 luxury homes came on the market in January, the report stated, but New Hanover County still currently has its lowest inventory of seven figure homes in several years.

At this time last year, 164 homes were for sale priced at $1 million or more, according to the report, which was compiled from N.C. Regional Multiple Listing Service statistics.

This year, that number has dropped by more than 40 percent to 96, Baylies wrote.