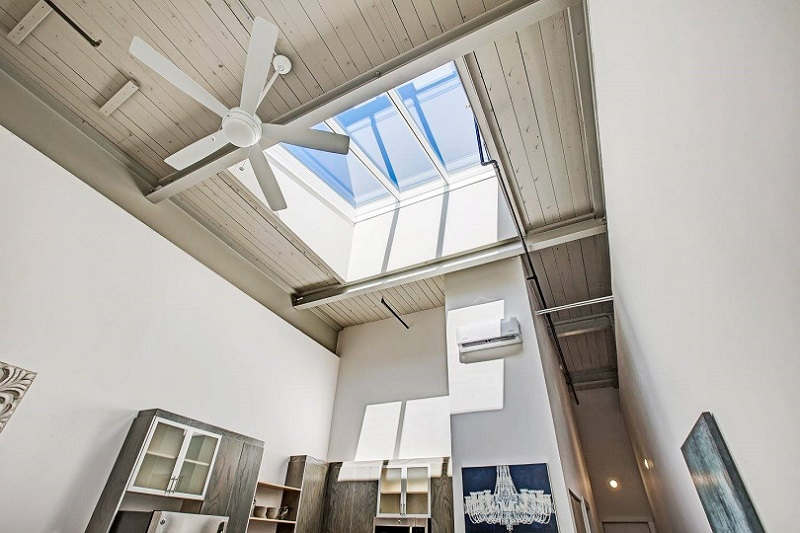 South Front apartments, shown from the inside in this photo, were fully leased in January. (Photo courtesy of South Front)
The apartment development that reclaimed a former industrial building is fully leased, according to officials with Tribute Properties Inc.

The development was fully leased in January, she said. Apartments were first put on the market in November 2016 and the complex had its grand opening in August, she said.

“We are very fortunate to have leased out so quickly,” McDonough said. “We currently have a wait list for specific units that are becoming available from people that are moving. So, it’s not game-over. We can likely accommodate some folks in the near future.”

There are currently three people on the waiting list for different types of units in the development. The units include 18 different floor plans for the building, which according to the South Front website, was formerly known as the Block Shirt Company originally built in the early 1900s.

McDonough said what makes the building unique is that the development “kept the integrity of the building. We really allowed the building to dictate what the floorplan would be.”

Also in the South Front development are some new tenants set to open this year at its commercial sites. Two shipping containers have been incorporated into an ongoing building project off Second Street, McDonough said. The building could be ready this summer.

The Second Glass, which is set to be open by the owner of The Fortunate Glass, Celeste Glass, is set to go into the container building, McDonough said.

"Right now we’re entertaining a few options," she said in the email, referring to additional businesses for the container property. "Ultimately, it’s about finding the right fit for the space, so it won’t be limited. We want to continue to nurture the South Front District vibe and if that means trendy eyeglasses, an upscale barber, or even a smoothie shop we’re not here to dictate, but rather cultivate. That being said, it could also be offices."

Another business owner to the South Front district will include Lydia Clopton, a pastry chef at PinPoint Restaurant, who is set to have a bakery and café there, which could open in mid-spring, McDonough said. Additional tenants are soon to be announced, she said.

And Chef Vivian Howard and Ben Knight, the couple who own Chef & the Farmer in Kinston and star in the PBS show A Chef's Life, recently opened their restaurant, Benny’s Big Time Pizzeria, in December.

“The South Front district is emerging so quickly, and we are fortunate because the combination along with commercial tenants are really creating a unique vibe downtown here and its something you don’t usually see in Wilmington. And so we are really really proud of it,” she said.