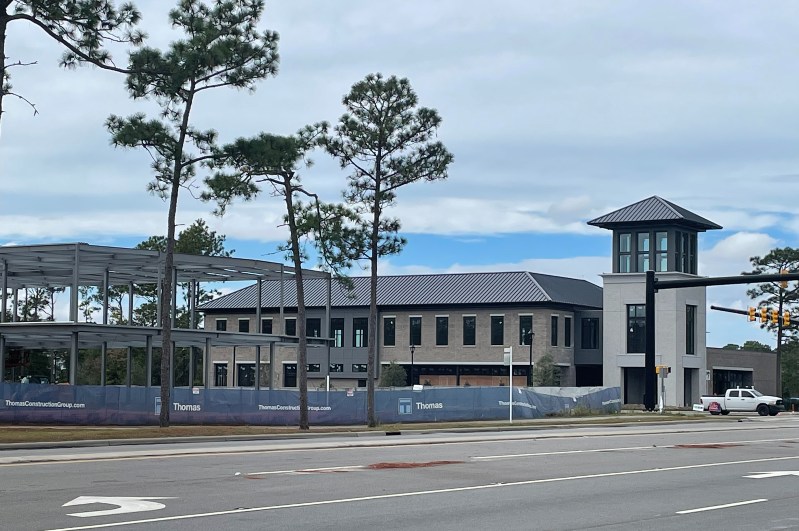 Site plans for two 34,000-square-foot buildings, Buildings 3 and 4, have been submitted to the city of Wilmington, and are scheduled for a Technical Review Committee discussion Nov. 10.

Construction for Building 3, by general contractor Thomas Construction Group, is expected to start by Jan. 1 and be complete by Nov. 1, 2022.

Meanwhile, Buildings 1 and 2 in the Autumn Hall expansion are nearing completion, with the first structure expected to be done by early January 2022 and the second in March of next year.

CFC is moving its own office from Renaissance Park off Military Cutoff Road to Building 1, a nearly 20,000-square-foot complex at Autumn Hall that will also include a Starbucks with a drive-thru and Origin Food and Drink, a 5,500-square-foot upscale restaurant by local restaurateur Ash Aziz.

While larger office buildings and call centers might not be coming back from a trend toward remote working accelerated by COVID-19, local brokers say class A office space like that of Autumn Hall and other new projects coming to the Wilmington area remains in demand.

Eckel said, “For companies that work together and need interaction and work in team environments, I believe they realize it’s more efficient to have face-to-face communications.”

As for Autumn Hall, more residential and commercial development is on the horizon, including 140 apartments and a hotel.