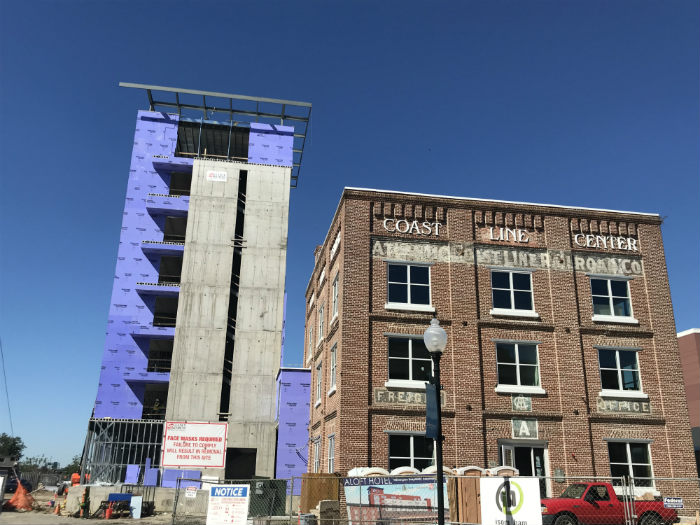 Crews are building a 125-room Aloft brand hotel that incorporates the center, which was built in the late 19th century for the Atlantic Coastline Railroad and used as its headquarters up to the 1960s.

The portion of the property that holds the hotel is across from the Wilmington Railroad Museum. 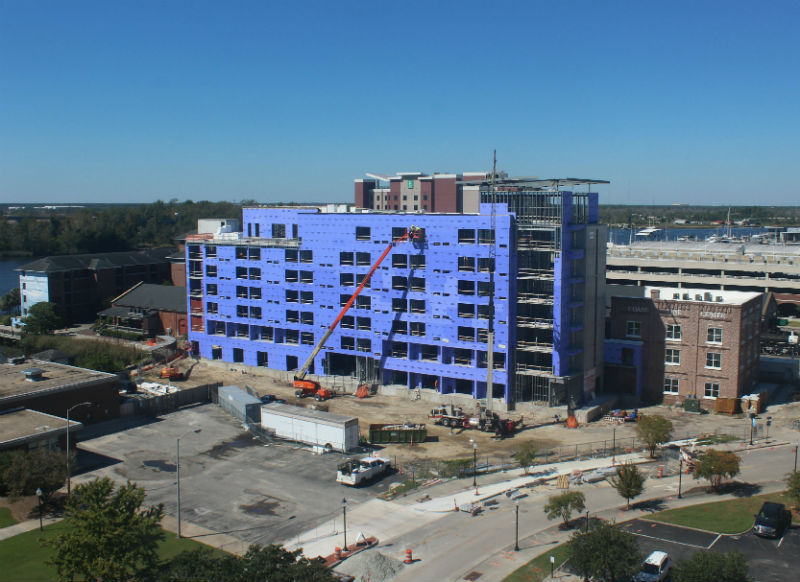 The existing center is the lobby of the hotel, which also has an Aloft signature wxyz bar. The public will be able to go the wxyz bar, Rider said, along with a rooftop bar on the hotel's seventh floor.

"It's challenging but very gratifying once you can see how you transform something like that but also preserve that history," Rider said.

The Aloft brand is part of Marriott International Inc. Poteat Hospitality of Laurinburg bought the existing Best Western hotel at the Coastline center and the portion where the Aloft stands on Nutt Street in 2016.

Rider said the Aloft is expected to be finished in the latter part of spring next year.

The Wilmington office of the Raleigh-based Clancy & Theys has continued to grow in recent years, with new projects in downtown Wilmington that also include the Flats on Front apartments and the city's North Waterfront Park, among others.

According to a recent news release about an Aloft Hotel opening in Bali, there were 132 Aloft hotels in the pipeline across the world, including in North America.

The release stated that Aloft Hotels has more than 160 hotels open in 25 countries and territories.

David Michael, vice president and CEO of the Clancy & Theys Wilmington Division, said, "Once we get through COVID-19 and get our city and our lives back, I'll tell you this much: I will want to go down there and stay in this hotel just to get away from my house. It's a really neat destination and we're happy to be involved with it."